"I never really knew how brightness was measured, and it was cool to learn about."

"That stars can be much, much brighter than the sun."

"The way we can measure distance of stars using parallax is crazy!"

"How simply by using color spectra and basic parallax (trigonometry) ideas, we can determine sizes, distances, and temperatures of very distant stars."

"How the hotter stars are a blue color while the coolest stars are red. I initially assumed that the red stars would be hotter as we associate the color red with hot things. Now I know differently!"

"In astronomy, temperature is a number that relates to the average speed of a particle. I found it interesting because it's not defined as the term we use often."

"I'm glad to learn about Wien's law (how color of stars relate to their temperature). When we took the general astronomy knowledge test on the first day of class, I was completely lost on this subject."

"I found learning about stars to be really interesting, especially being able to tell the stars temperature by their colors."

"When looking at Wien's law, I found it very interesting that extremely cool stars colder than red give off infrared light, while extremely hot stars will give off ultraviolet light. It's weird to imagine extremely cool stars being infrared and non-visible. This makes me wonder if all stars were a visible temperature, how much different would the night sky look?"

"Parallax, stellar parallax, and parsecs are a confusing set of concepts for me to wrap my head around. It is difficult for me to understand a visual representation of parallax."

"The math in the two laws for blackbody radiation. Seeing some examples will help."

"I found that the Stefan-Boltzmann law was confusing because I'm not to sure what luminosity means. It just seems way more complex than Wien's law."

"This week's assignment had A LOT of new terms and ideas. Each individual idea is relatively easy to grasp given enough time to think about it. The problem, for me, was that there were just too many new things to take in and digest. I don't think I clearly understood most of this weeks reading. And for the first time, the blogs didn't really help understand the topic at hand; up until now they usually have." 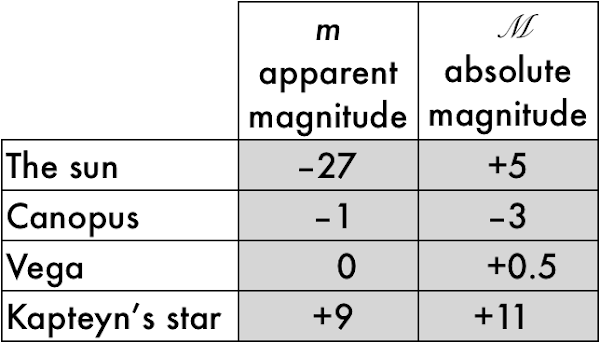 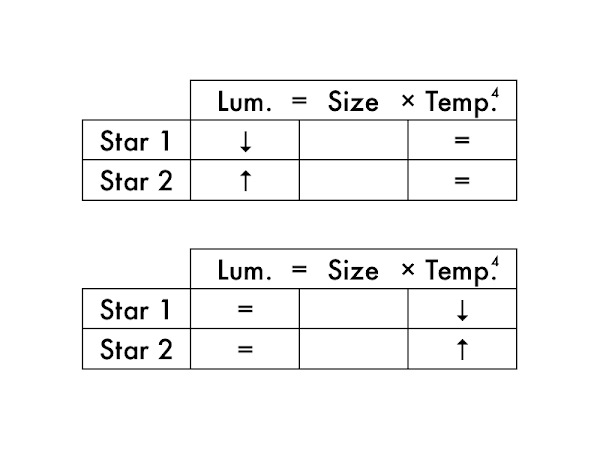 "This might be off-topic, but how come nebulae are cloudy-looking?" (They literally are clouds, which are dust and gases randomly strewn out in space without any structure, unless affected by a shockwave if a star explodes nearby, or gravity if enough stuff starts to clump together inside the nebula.)

"Are stars' temperatures harder to measure the further away they are from Earth?" (As long as you can see the star's color, you'll know how hot it is.)

"What determines the how hot a star burns? I though they, at least, start off with the same fuel (hydrogen)." (We'll cover fusion and how quickly stars "burn" hydrogen next week.)

"The other night, I was able to show off my astronomy knowledge to my friends who had asked what AM and PM stood for. I was able to explain the ante-meridian and post-meridian concept, and it was cool having the ability to share with them the reasoning behind it!"

"Do we get extra credit if we go to see the SOFIA aircraft telescope?" (No, but good for you to get that chance this weekend. Also: pics, or it didn't happen.)