"Black holes are where God divided by zero."
--Stephen Wright

Black holes are one of the end-stages of massive main sequence stars, if the core of the main sequence star exceeds the Oppenheimer-Volkov limit of 3.0 solar masses, at which gravitational forces overwhelm neutron degeneracy pressures. This results in the complete collapse of the core into a black hole. Its mass remains the same, while its size goes to zero. As density is mass divided by volume, this is where Stephen Wright's "divided by zero" takes place, resulting in an infinite density (but remember that mass is finite!).
Posted by Patrick M. Len at 2:14 PM 0 comments 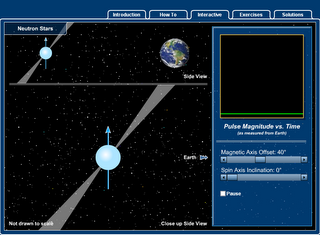 You can control the rate at which the radio wave "lighthouse" beams are detected by separately varying the relative inclinations of the rotation axis and the magnetic poles with respect to the Earth. If only there was a way to speed up the rotation rate, in order to better approximate the typical rapid rotations of pulsars.

"Most really good theoretical physicists don't pay much attention to what experimenters think. They build their theories based on their own instincts and go where intuition leads them."
--Leonard Susskind

Damn the experimentalists and full speed ahead!
Posted by Patrick M. Len at 6:09 PM 0 comments What else are you going to find on top of all that ice and snow...well, other than penguin poop?

"It seems that dim stars in the universe at large are like rabbits and bureaucrats: They may not be very bright, but there are a lot of them."
--Sherwood Harrington, Mercury, 1986, no. 5

Red dwarfs are the "forever stars," with lifetimes that currently exceed the known age of the universe. (However, unlike rabbits and bureaucrats, red dwarfs don't breed, and those that were born have yet to die.)
Posted by Patrick M. Len at 2:21 PM 0 comments 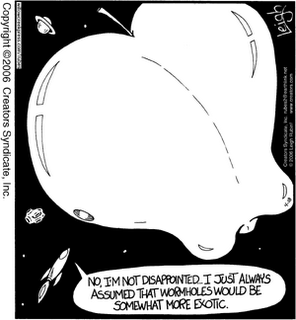 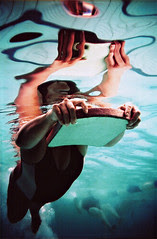 Total internal reflection off of a water-air interface.