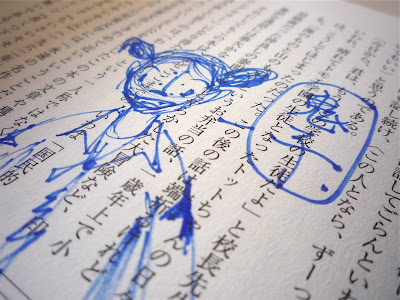 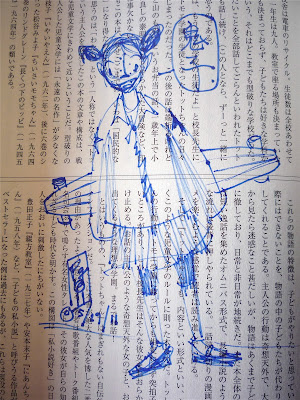 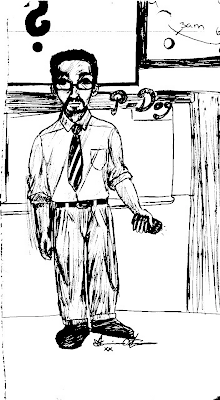 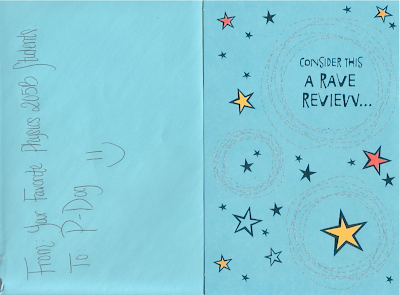 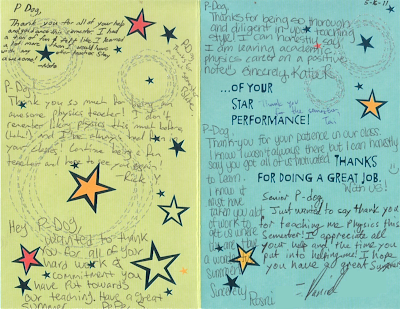 "Rave Review," Physics 205B-30882 students, Cuesta College, San Luis Obispo, CA. Thank-you card. Like a grade-school valentine, ran by and tossed on my desk, hoping nobody saw it just happen.
Posted by Patrick M. Len at 12:05 AM 0 comments

[20 points.] An astronomy question on an online discussion board (http://ca.answers.yahoo.com/question/index?qid=20070908222025AA6phgU) was asked and answered:

H*bent...: Do you think that the Drake [e]quation is just a bunch of wishful thinking?
Keith P: No, the equation is sound science...

A sample "x" response (from student 2221), who at least recalls that the Drake equation has "SWAG" (scientific wild-a$$ guesses) in its component factors:

[20 points.] An astronomy question on an online discussion board (http://answers.yahoo.com/question/index?qid=20101122180043AAVRumU) was asked and answered:

Discuss whether or not if this answer is correct, and how you know this. Explain using the properties of greenhouse gases and geological activity.

Astronomy final exam question: finding age of a star cluster from its colors

Discuss whether or not if this answer is correct, and how you know this. Explain using the properties of mass and stellar lifetimes, evolution of stars, and star cluster ages. 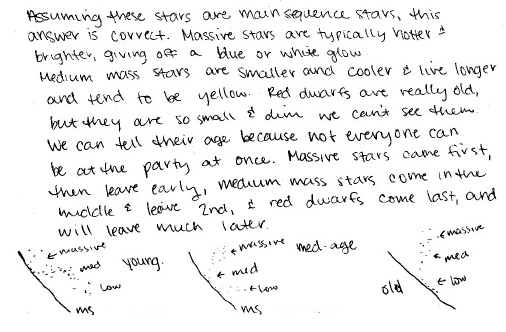 Another sample "p" response (from student 0701), appealing to the "House Party" model of star cluster age and stellar evolution: 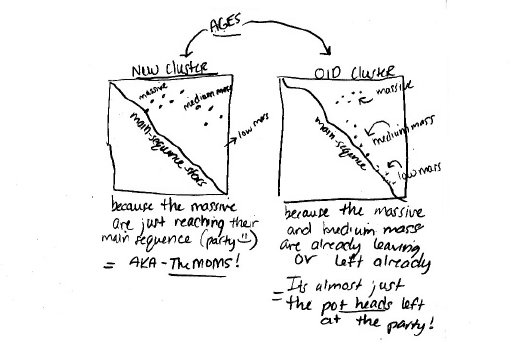 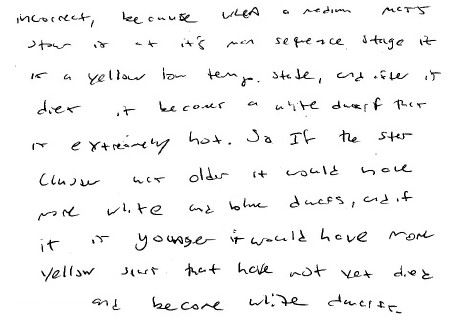 In May 1998, the Acerinox steel factory[*] in Spain accidentally recycled material containing radioactive (137,55)Cs, such that 1 gram of contaminated ashes[**] were found to have as high as 1,420 decays per second. Suppose that in May 2011, this same 1 gram sample of ashes now has 1,050 decays per second. What is the half-life of  cesium-137, assuming that it is the only source of radiation in this sample? Show your work and explain your reasoning.

A sample "p" response (from student 2180), using number of radioactive nuclei (N) instead of activity (R), but still essentially correct: 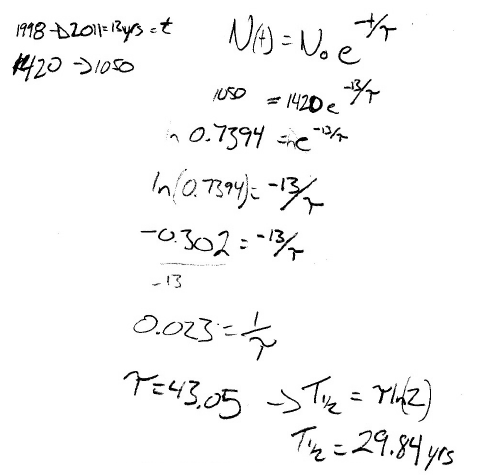 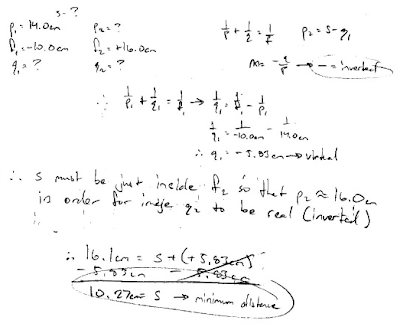 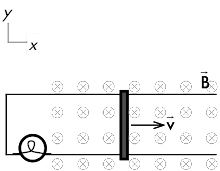 A conducting rod in a uniform external magnetic field slides on top of metal rails, which are connected to a light bulb to form a complete circuit. Determine the direction of the current (clockwise or counterclockwise) through the circuit if the rod is moved to the right at constant speed. Explain your reasoning using the properties of circuits, right-hand rules, Faraday's law and/or Lenz's law. 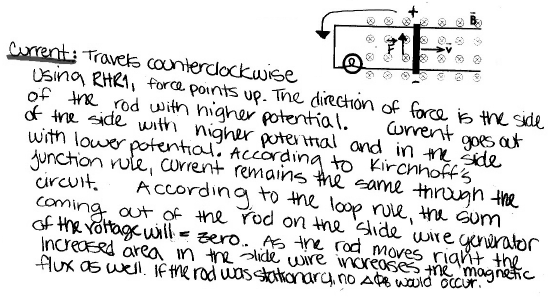 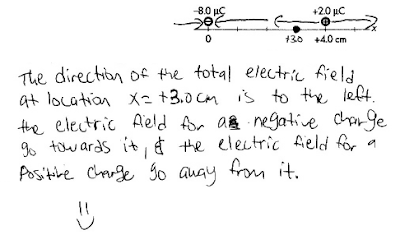 Compare to an older version of this question from Fall 2010.
Posted by Patrick M. Len at 12:05 AM 0 comments

Consider two samples with differing amounts of radioactive elements, embedded gaseous daughter elements, and inert material (which is not involved in the decay process). Which sample is older, as determined by radioactive dating?
(A) Sample A.
(B) Sample B.
(C) (There is a tie.)
(D) (Cannot be determined, as they have different amounts of inert material.) 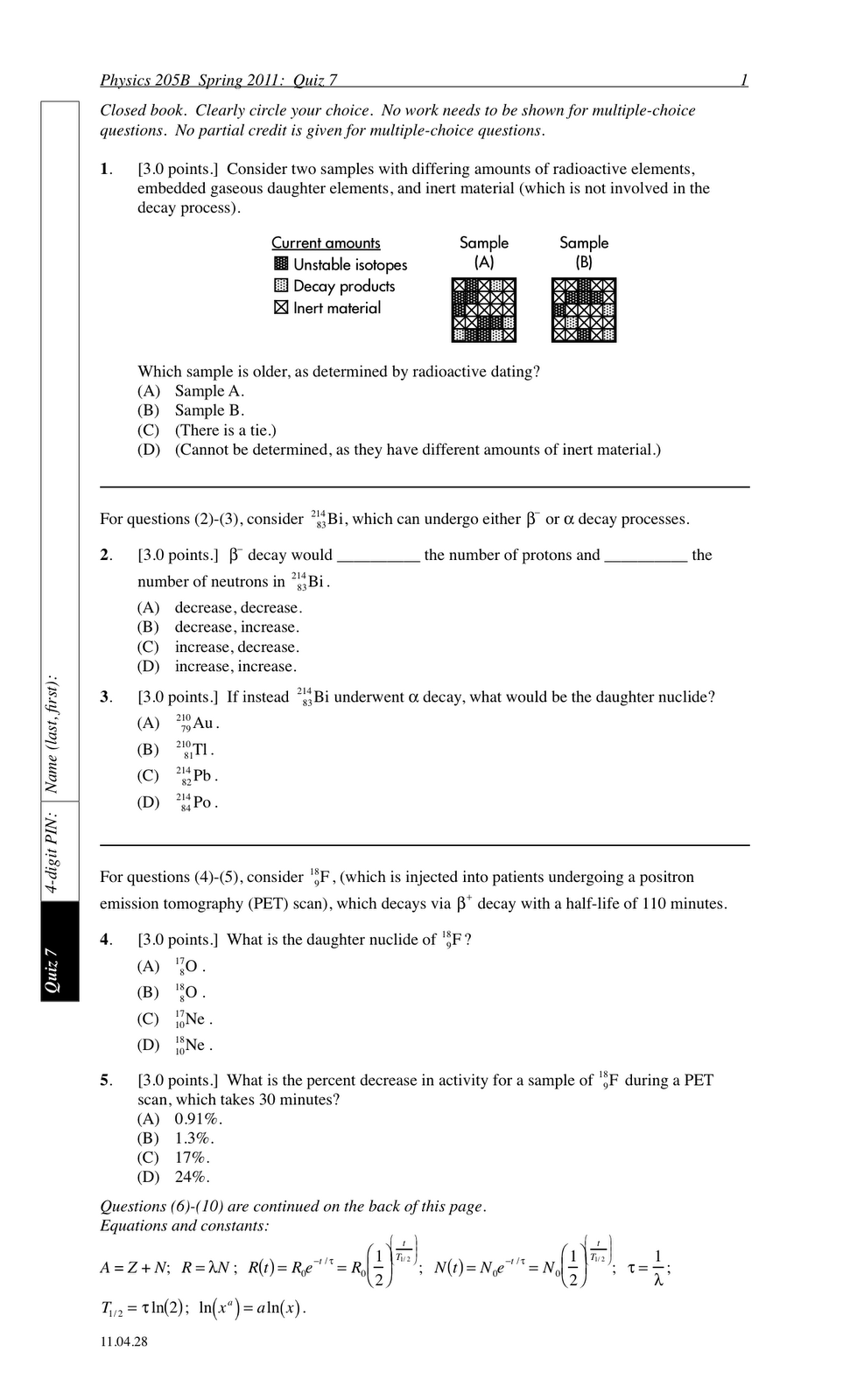 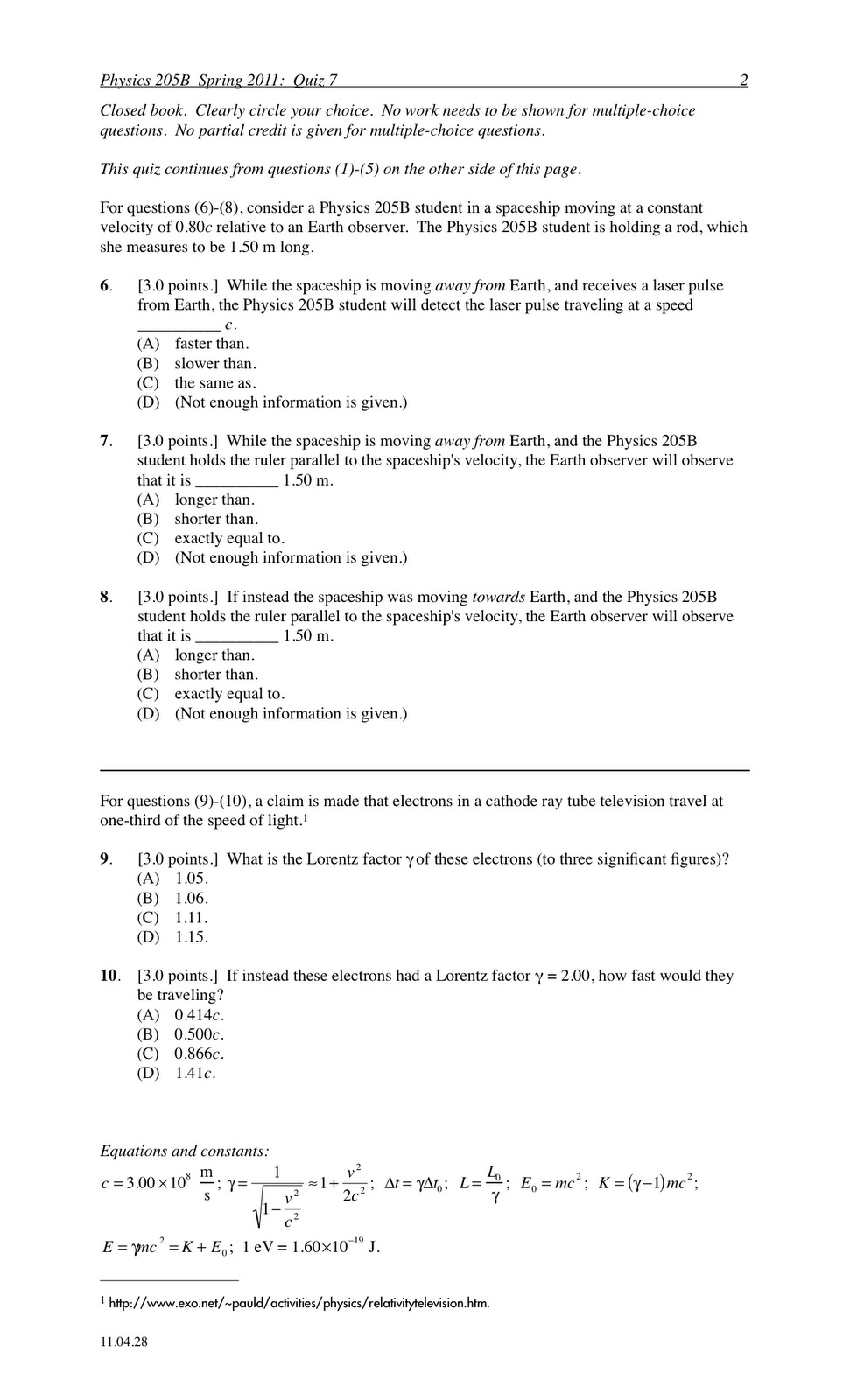