A Physics 205A student proposes a three-part "POF-OSO-WTF" test for identifying a pair of forces related by Newton's first law:

Determine whether or not this "POF-OSO-WTF" test can correctly identify a pair of forces related by Newton's first law acting on a 600 kg load of cargo that rests on the bed of a stationary truck. Explain your reasoning using free-body diagram(s), the properties of forces, and Newton's laws. 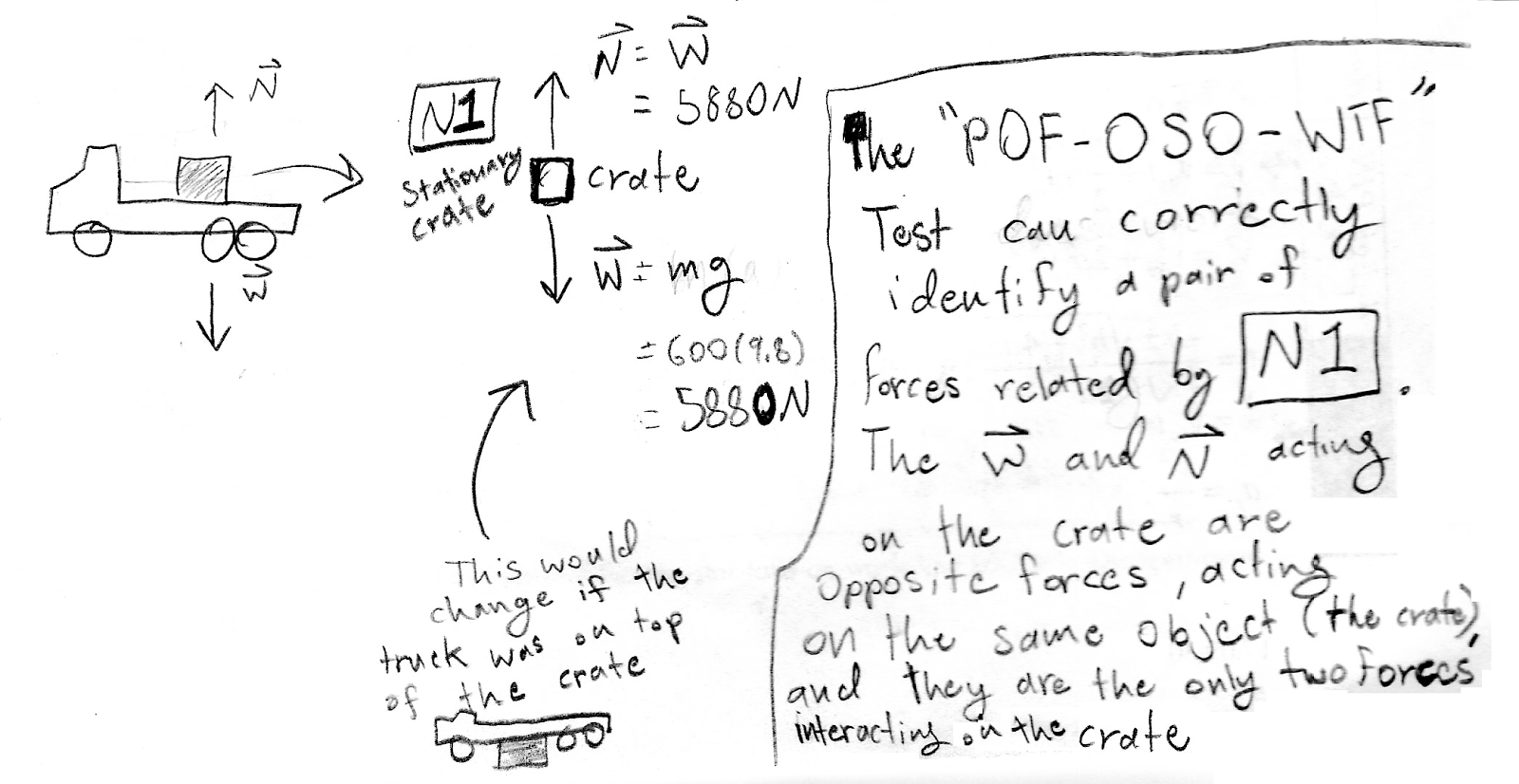