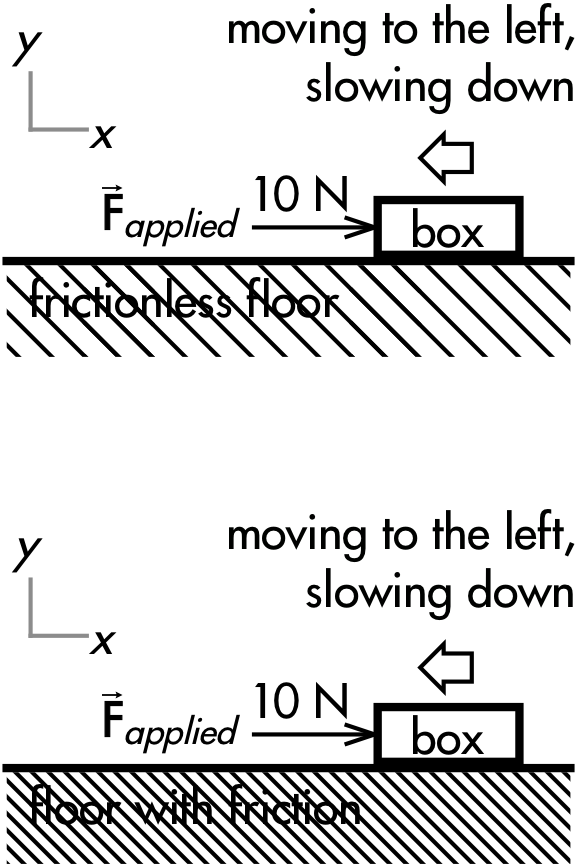 Two 0.5 kg boxes are moving to the left, both slowing down while pushed to the right by an applied force of 10 N. Discuss why the box sliding on a frictionless floor will have a smaller magnitude of acceleration than the box sliding on a floor that has friction. Explain your reasoning using free-body diagram(s), the properties of forces, and Newton's laws.

A sample "p" response (from student):

Another sample "p" response (from student):