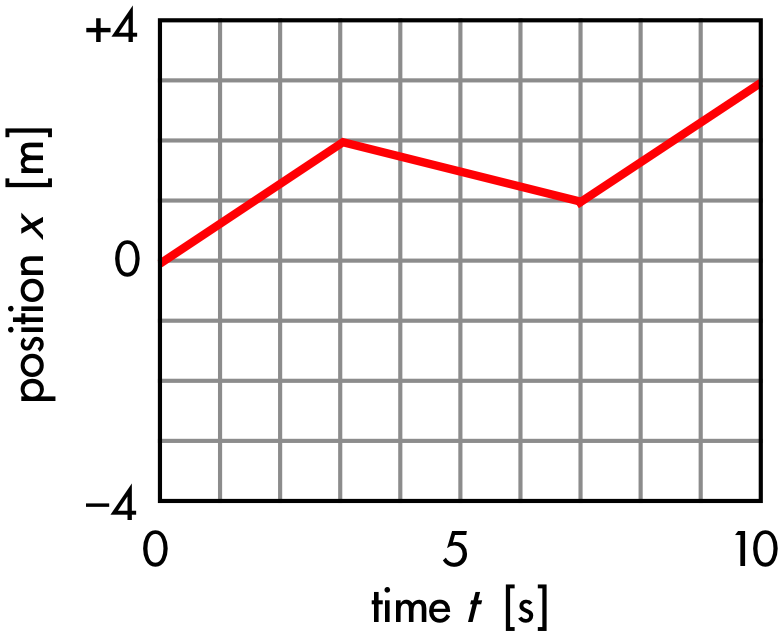 The x(t) graph of a Physics 205A student walking along a straight line is shown at right. The student started at x = 0 at t = 0. Discuss why the student traveled a farther distance from t = 0 to t = 7 s than the distance traveled from t = 7 s to t = 10 s. Explain your reasoning using the properties of position, distance traveled, and displacement.