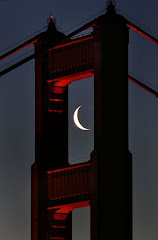 Shown at right is a photograph[*] published with the following caption:

Assuming that this is a twilight sky (dark, but not completely dark) in this photograph, discuss why this caption is plausibly correct. Support your answer using a diagram showing the positions of the sun, moon, Earth, and an observer on Earth. 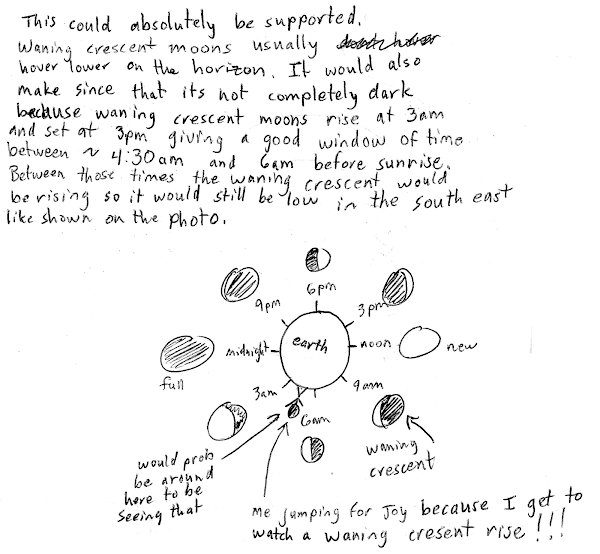