The following story relates how the constellation Orion is used to track the coming of winter[*]:

Orion is a sure sign that winter is near. During the first two weeks of December you can see Orion beginning to emerge above the eastern horizon in the early evening.

Discuss why this description of Orion is plausible for an observer in San Luis Obispo, CA. Defend your answer by clearly explaining how you used your starwheel to do this, along with any assumptions that you may have made. 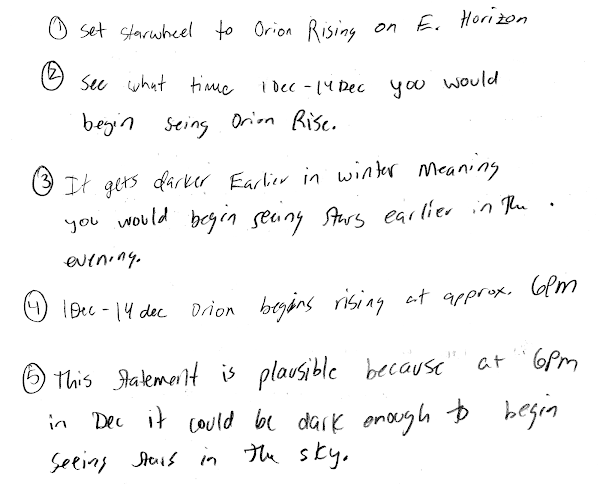