Discuss why this answer is correct for an observer in San Luis Obispo, CA, and how you know this. Support your answer using a diagram showing the positions of the sun, Mercury, Venus, Earth, and an observer on Earth. 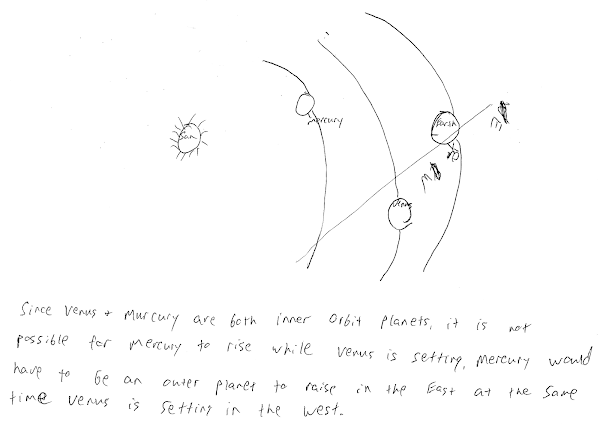 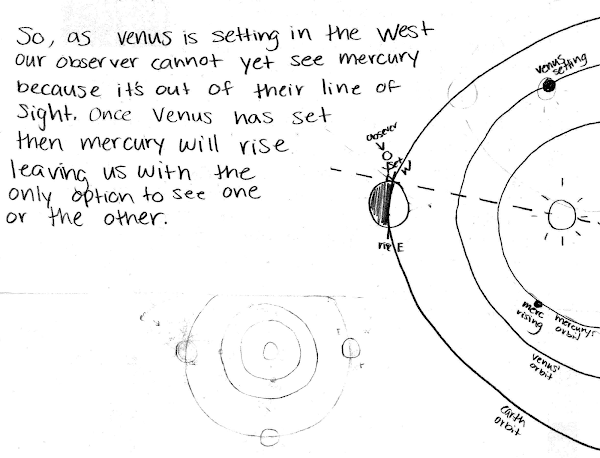