A 7.0 kg box and a 3.0 kg box are in contact with each other on a horizontal floor. The 7.0 kg box slides without friction on the floor, but the 3.0 kg box has a kinetic friction coefficient of 0.15 with the floor. A horizontal force of 5.0 N is applied to the 7.0 kg box such that both boxes are sliding together to the right. Determine the magnitude of the acceleration of these boxes. Show your work and explain your reasoning. 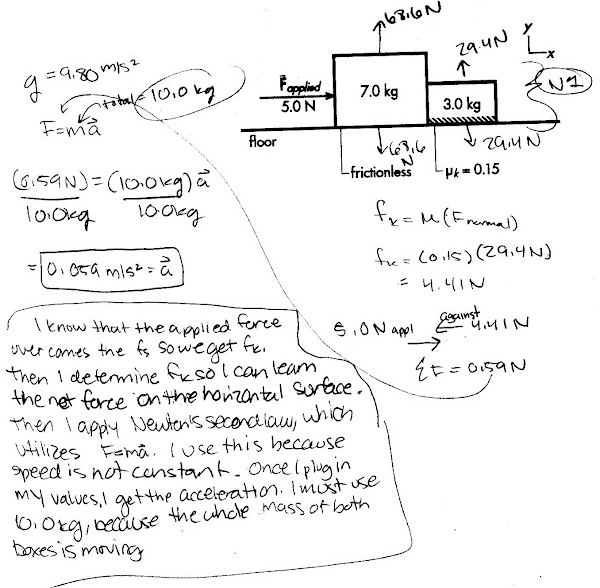