A 0.20 kg cart launched off of a spring in the +x direction with a velocity of +0.11 m/s collides with a heavier 1.00 kg cart that is initially at rest. The carts stick together after the collision. Neglect drag and friction. Demonstrate numerically that kinetic energy is not conserved for this collision. Show your work and explain your reasoning using properties of collisions, energy (non-)conservation, and momentum conservation. 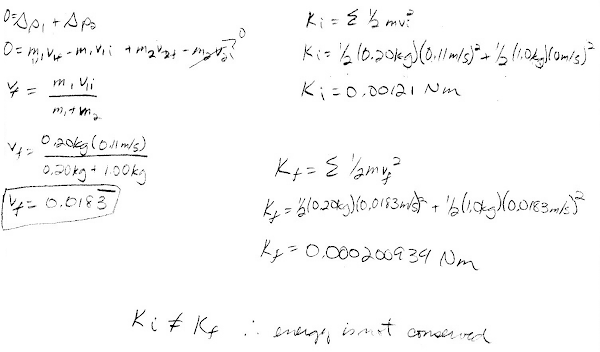 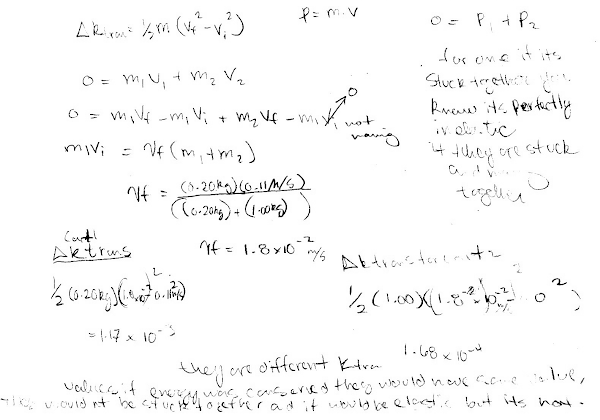