A 0.40 m long copper rod with a square profile (0.10 m × 0.10 m) can be oriented standing up, or laid down on its side on a floor. If the same amount of downwards force is applied to the top surface in each case, discuss whether the standing-up rod or the laid-down rod will compress a greater ∆L amount (or if there will be a tie). Explain your reasoning using the properties of stress, strain, and Hooke's law. 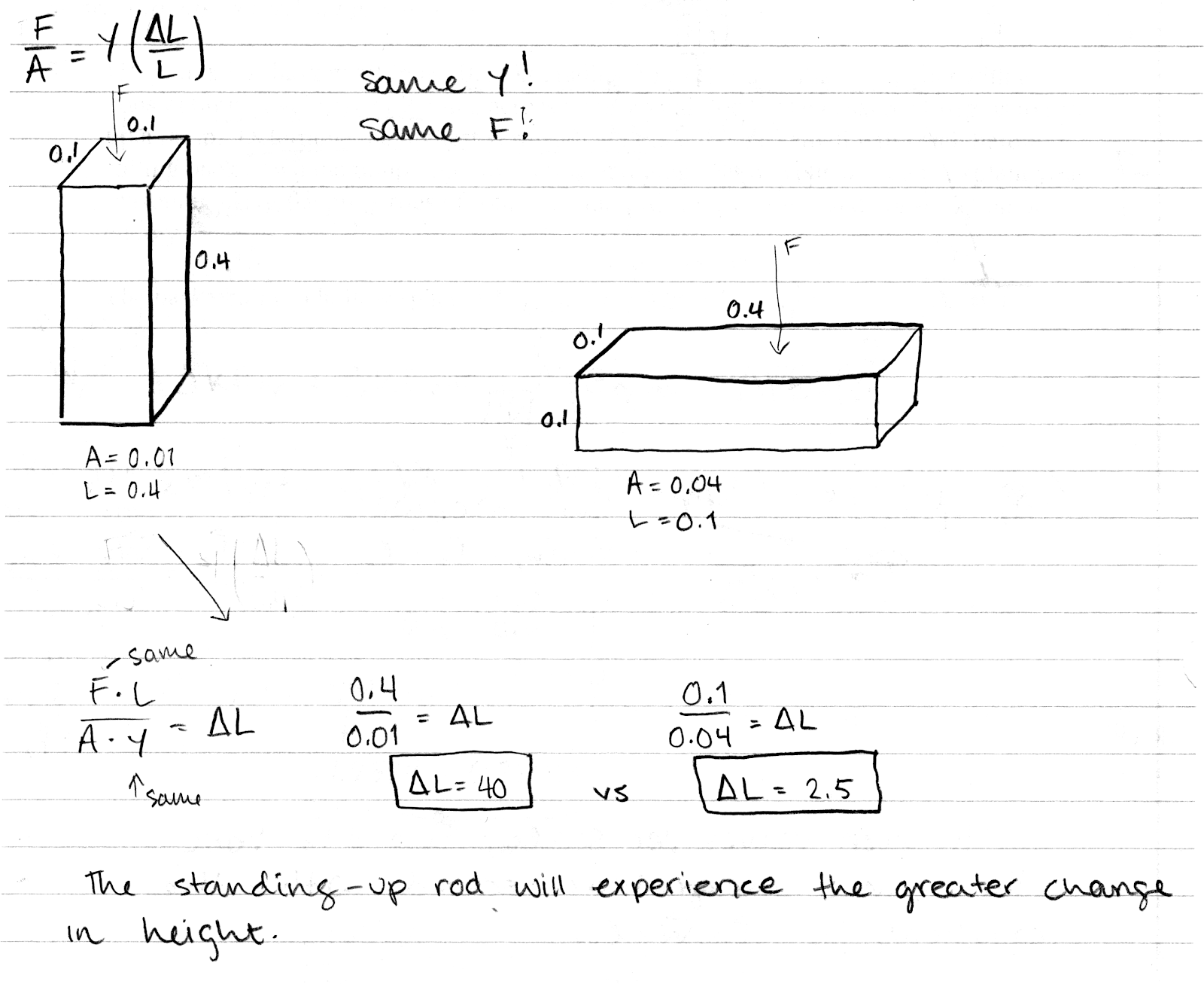 A sample "t" response (from student 6672), recognizing that the original length L changes with different orientation, but claims the cross-sectional area A is the same:

A sample "t" response (from student 2875), recognizing that the cross-sectional area A changes with different orientation, but claims the original length L is the same: 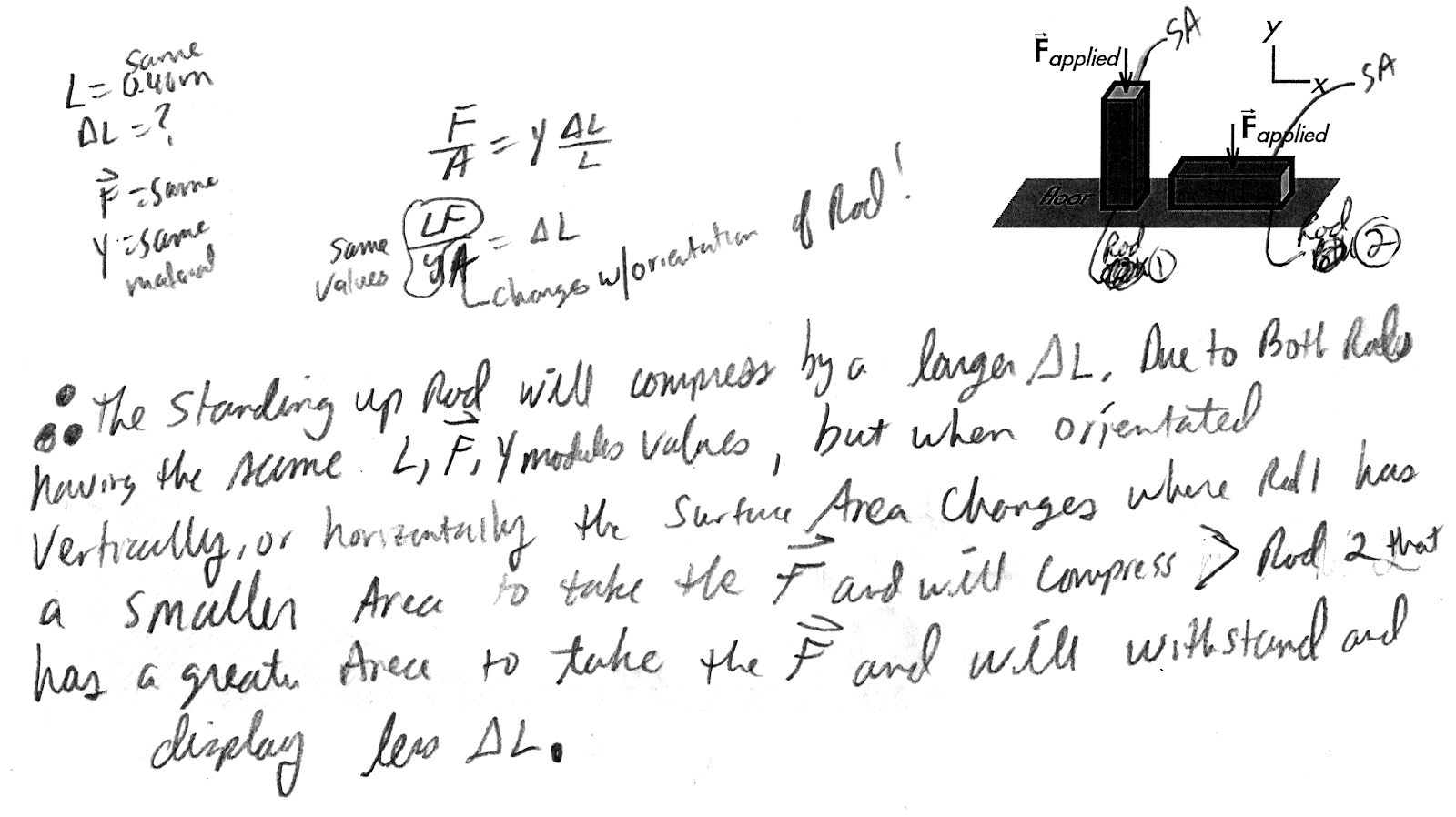