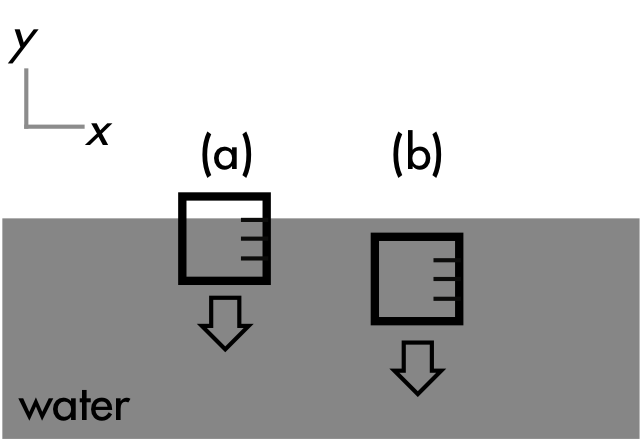 A solid object is (a) partially submerged in water as it sinks with increasing speed, then while (b) completely underwater it still sinks with increasing speed. Discuss why the magnitude of the net force on the object is greater for case (a) than for case (b). Ignore friction and drag. Explain your reasoning using the properties of Newton's laws, Archimedes' principle (buoyant forces), and free-body diagrams.