The following questions were asked on reading textbook chapters and previewing a presentation on static fluids.

"Mass density is mass of a substance divided by its volume."

"The concept of pressure being force over surface area. As well as energy density conservation. If the surrounding pressure of an object increases then the ρ·g·∆y of the object will decrease and vice versa. As for the buoyant force, it's all dependent on the object's volume and the density of the fluid it is submerged in."

"In the example of a swimmer fully submerged underwater, I understand the application of Newton's first law in that all the forces acting on the swimmer balance out. This is given by the two forces of a downward weight force and upwards buoyant force balancing out."

"After going through the presentation preview, I was confused about the fluid density at first but then took another glance and realized that it is simply the kilograms divided by meters cubed because it is a 3D object it must be cubed."

"Something I didn't understand from the reading is pressure and depth in a static fluid. I don't understand the formula. I need an example of how to use it and what the variables mean."

"I was a little confused about the concept of buoyancy. I could definitely use some review of that equation."

"Archimedes' principle is a little confusing. When we draw our diagrams do we treat it as we would a normal force? Also, I feel like the book did a bad job at explaining some of this stuff. None of it seems too difficult by any means."

"The units and some equations that you use when looking at the problems. Hopefully will go over in class to clarify."

What is the numerical value for atmospheric pressure (Patm, at sea level), in units of Pa?

To three significant digits, what is the numerical value for the density of water, in units of kg/m3?

To two significant digits, what is the numerical value for the density of air (at 20° C), in units of kg/m3?

For the air pressure surrounding the balloon as it rises from ground level to the upper atmosphere, indicate the changes in each of the energy density forms of the atmosphere.
(Only correct responses shown.) 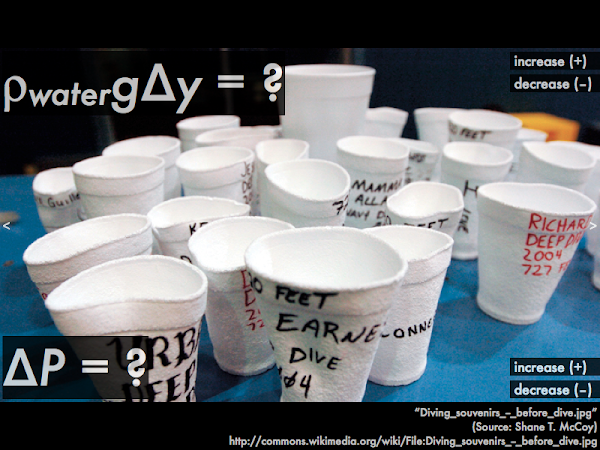 For the water pressure that surrounded these cups as they were taken deep underwater, indicate the changes in each of the energy density forms of the water.
(Only correct responses shown.) 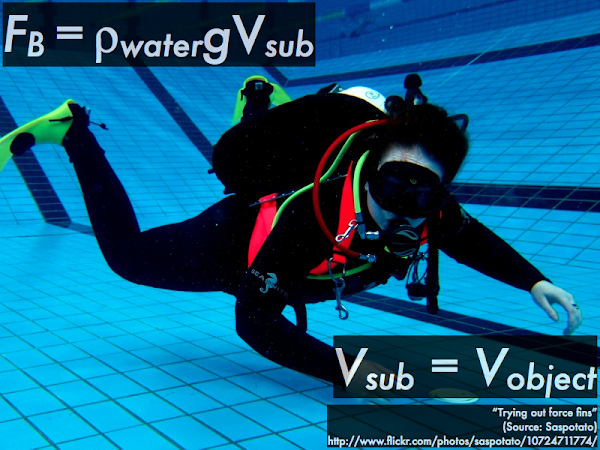 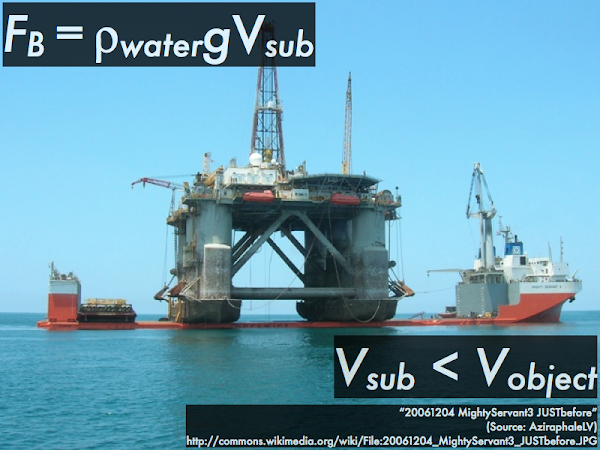 "Please go over these!"

"I would love if we could spend a generous amount of time calculating different pressures."

"Yikes! These were challenging for me. Hopefully I will feel better about this material after lecture."

"I do not understand the concept behind the red ship's buoyancy and I am having a hard time understanding the reasoning behind the formulas."

"Are we given the equations on the tests?" (Yes--you can see which equations were given on past quizzes and exams, so you wouldn't need to memorize those.)