The following questions were asked on reading textbook chapters and reviewing a flipped class presentation on (constant acceleration) motion. 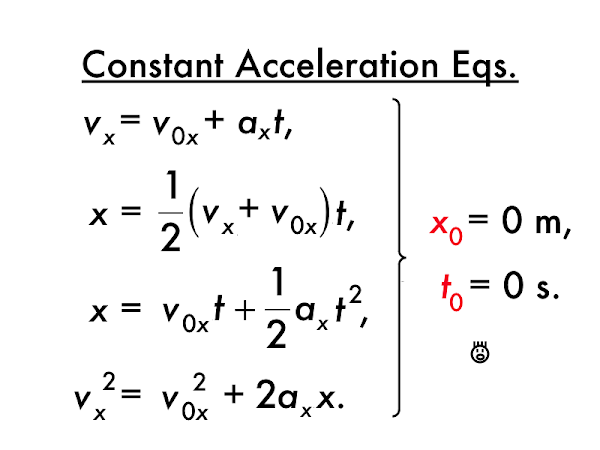 "Some of the basic differences between instantaneous velocity vs average velocity (same with acceleration). Average velocity puts into consideration the whole time scope from t0 = 0 s to the finish, whereas instantaneous uses small snippets of time and examines each small vector (hopefully I am explaining this correctly. Also the slopes and how to read/understand the graphs more this time around, and what the graph reflects about an object's movement. I realize that 'magnitude' reflects absolute value of a quantity."

"How to find velocity, acceleration and displacement through the use of calculus concepts pretty well. I took calculus in high school and a lot of the material is coming back to me which is great."

"That you have to choose which equation you use carefully to determine the correct unknown variable. I understand the correlations for the 'Chain of Pain,' and which operations should be used to calculate what is trying to be found."

"I understand that when doing problems with kinematics, it is essential to write down the given information and work step by step in order to avoid errors. I also understand the four kinematic variables (x, vx, ax, and t) and their meaning."

"This was the same reading assignment as last time, which helped because I did not really understand the "chain of pain" until reading this chapter again. However, I have seemed to have a better grasp on the concept. I understand that you can find the distance traveled from a velocity graph by finding the are of the graph because the displacement is the same as distance traveled if the distance is all in one direction. I know you can find the average acceleration from a velocity graph by finding the chord slope."

"That in order to solve a problem, we should be able to determine which information is given to us and which isn't first. Then, figure out what equations to use, but actually using it in practice is confusing to me."

"That picking a random physics equation and trying to use it won't end well. I understand that in this class we will need to remember what equations to use and when to use them."

"I took a closer look at what all the variables stand for and it was a bit easier to read the equations."

"How to read the position versus time and the velocity versus time graphs. I think its a little bit easier to solve those problems actually instead of just when information is given."

"I would like to go over how to use the chain of pain little bit more and brief overview the stuff is probable good for me."

"The differences between acceleration and velocity. Especially on which variables are used to calculate each one."

"Everything so far makes sense. The 'Chain of Pain' is becoming much clearer now as I spend more time with it and understand its components better."

"Honestly, the textbook is pretty confusing. The chapters assigned just confused me even further. Their use of examples to define something doesn't help explain what something is in the first place if you don't know what it is. How do you decide what equation to use?"

"The 'Chain of Pain' graphical relations flowchart makes sense when I am looking at it but it is very hard to remember/memorize. Hopefully more work with these types of problems will make me more efficient."

"Understanding graphs. Sometimes I get confused on which equations to use when given a graph to analyze. For instance, when to use the area below the curve versus a different type of equation. This confusion may have to do with the need for some more practice with graphs. I am however beginning to understand the equations themselves more which will probably slowly help with understanding the graphs."

"I do mostly understand the 'Chain of Pain' graph however, the symbols are still a bit confusing."

"Figuring out how to use the equations and knowing which one to use in a certain problem. I think during class it could be beneficial to learn how to analyze problems and figure out what information we already have and expand on the process of how to get what we want. I know we've already done this, but I have a hard time doing this with our assigned homework problems and problems from the book."

"Still not familiar with the equations used for finding values, especially what each variable represents. I need to review the definitions more."

Mark the level of your expertise in algebraically solving multiple equations for multiple unknowns. 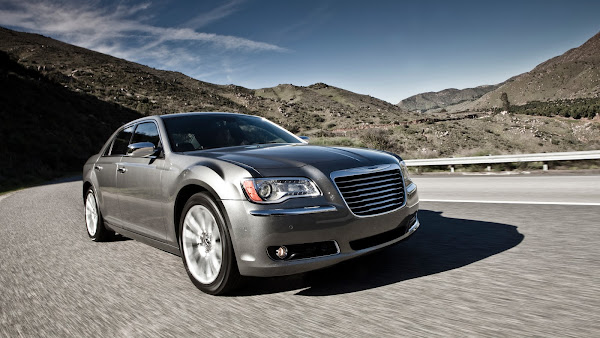 "The braking distance for a 2012 Chrysler 300C to slow down from 31 m/s to a complete stop is 50.3 m. Assume that the acceleration is constant as the car slows down to a stop." 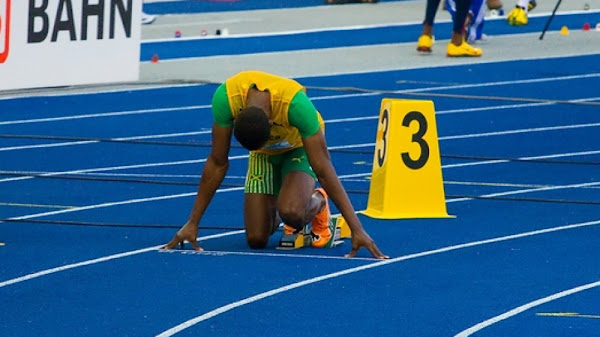 "Jamaican sprinter Usain Bolt holds the world record for the 100 m sprint, covering that distance in 9.58 s in Berlin, 2009. Assume that his acceleration starting from rest to when he crosses the finish line is constant." 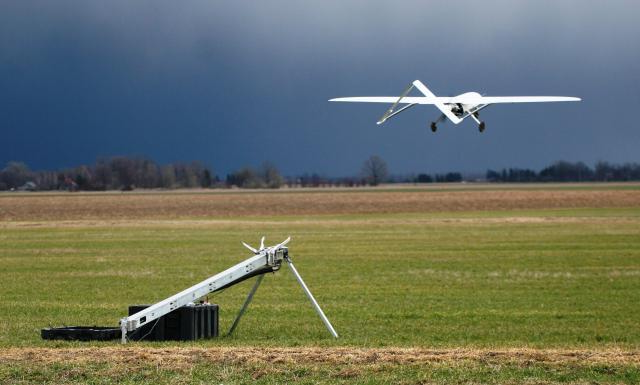 "A portable pneumatic catapult is able to launch a Penguin B unmanned aerial vehicle (UAV) from rest to a final speed of 23 m/s along a 4.0 m rail. Assume that the rail is horizontal, and that acceleration of the UAV starting from rest to when it is launched is constant."

For the UAV, the horizontal distance traveled is __________ the magnitude of the horizontal displacement.
Ask the instructor an anonymous question, or make a comment. Selected questions/comments may be discussed in class.

"Can we go over displacement vs distance again using the three examples you gave us for homework?"

"If something is traveling in a straight line and does not go backwards or turn right or left, is displacement equal to distance?" (Yes.)

"Can we use the kinematic equations to solve for distance traveled on a velocity versus time graph, or would you prefer we show how we found the area by using squares and triangles?" (Whichever method works best for you. I'll teach you both methods, but ultimately how you get your answer is your call.)

"Will you give kinematic equations to us on quizzes and exams, or do we need to memorize them?" (You are always given those equations, so don't memorize them. Instead concentrate on how they are to be used.)

"No comment or question today. Class is going well!"