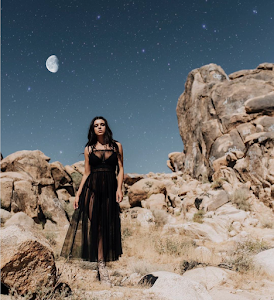 Shown at right[*] is a photographic montage of a moon, starlight sky, and a model. Discuss whether this composition is plausible or implausible for an observer in San Luis Obispo, CA, given the phase and position of the moon in the sky, and the presence of stars in the sky. (Ignore the effect of natural/artificial light sources that illuminate this picture.) Support your answer using a diagram showing the positions of the sun, moon, Earth, and an observer on Earth. 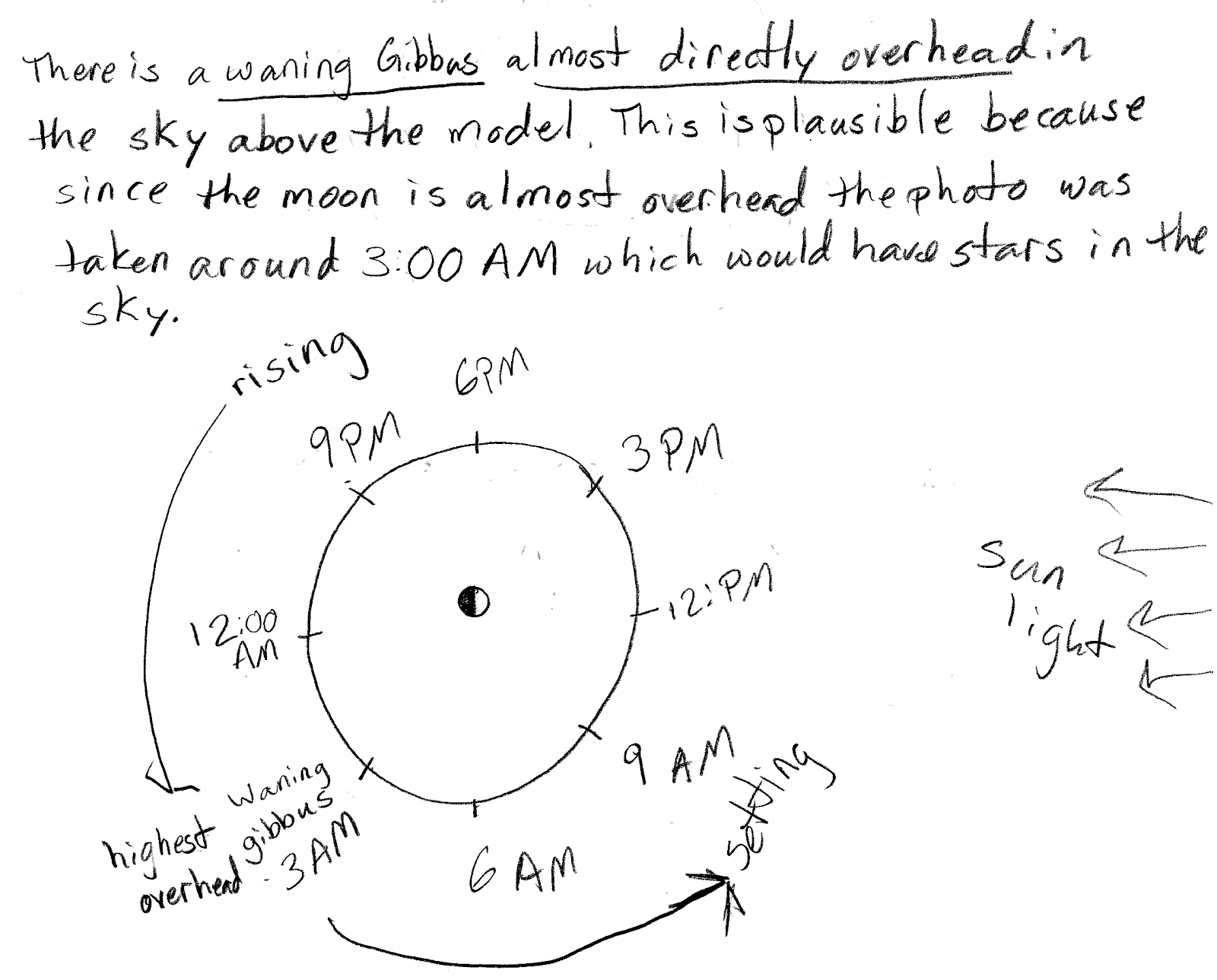