Q: Well, I observed a bright red dot that is Mars rising just after midnight. At the same time there was another bright white dot right next to Mars. What is it?
A: I think it's Saturn.

Discuss how this answer is plausible for an observer in San Luis Obispo, CA, and how you know this. Support your answer using a diagram showing the positions of the sun, Mars, Saturn, Earth, and an observer on Earth. 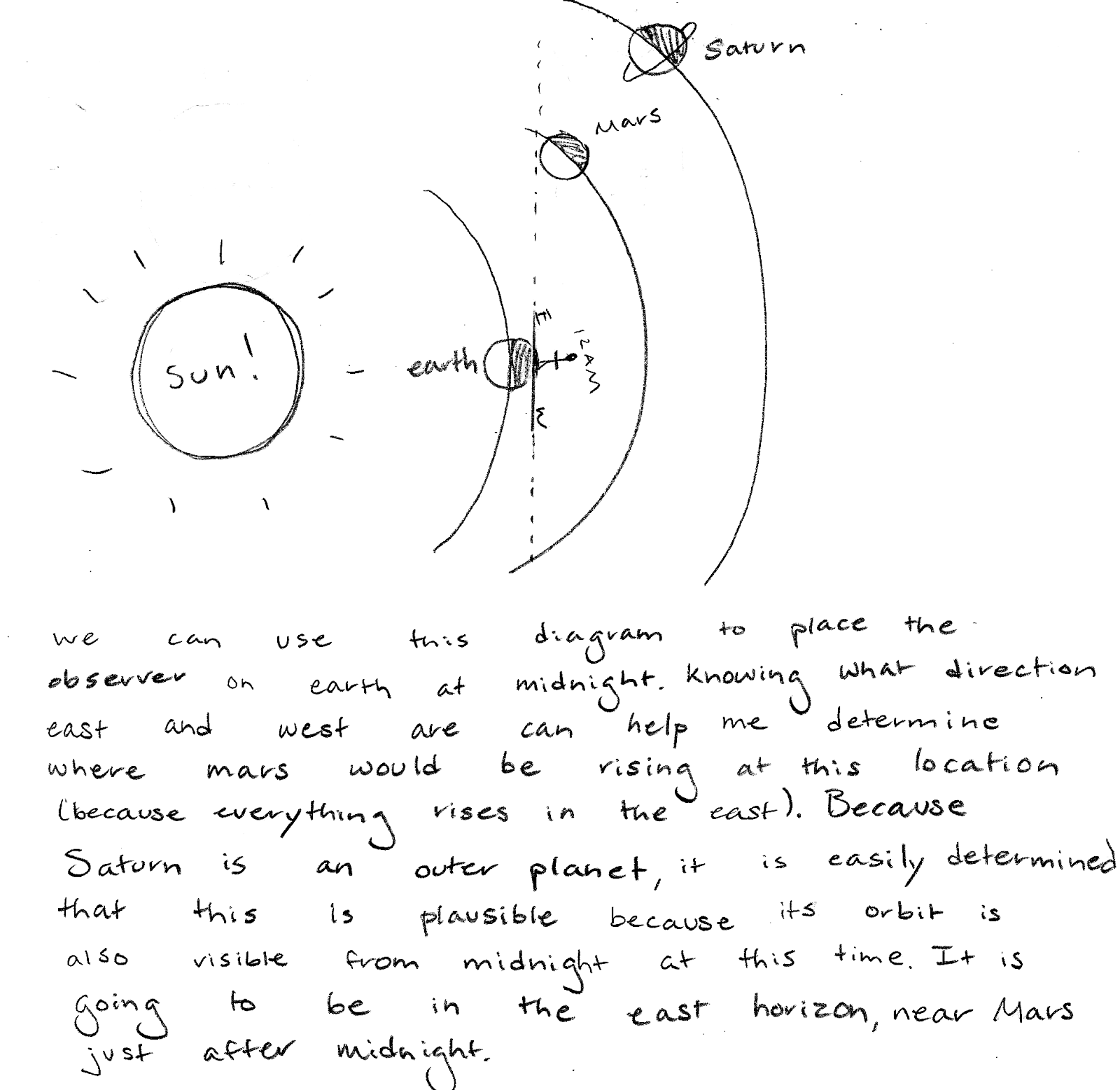 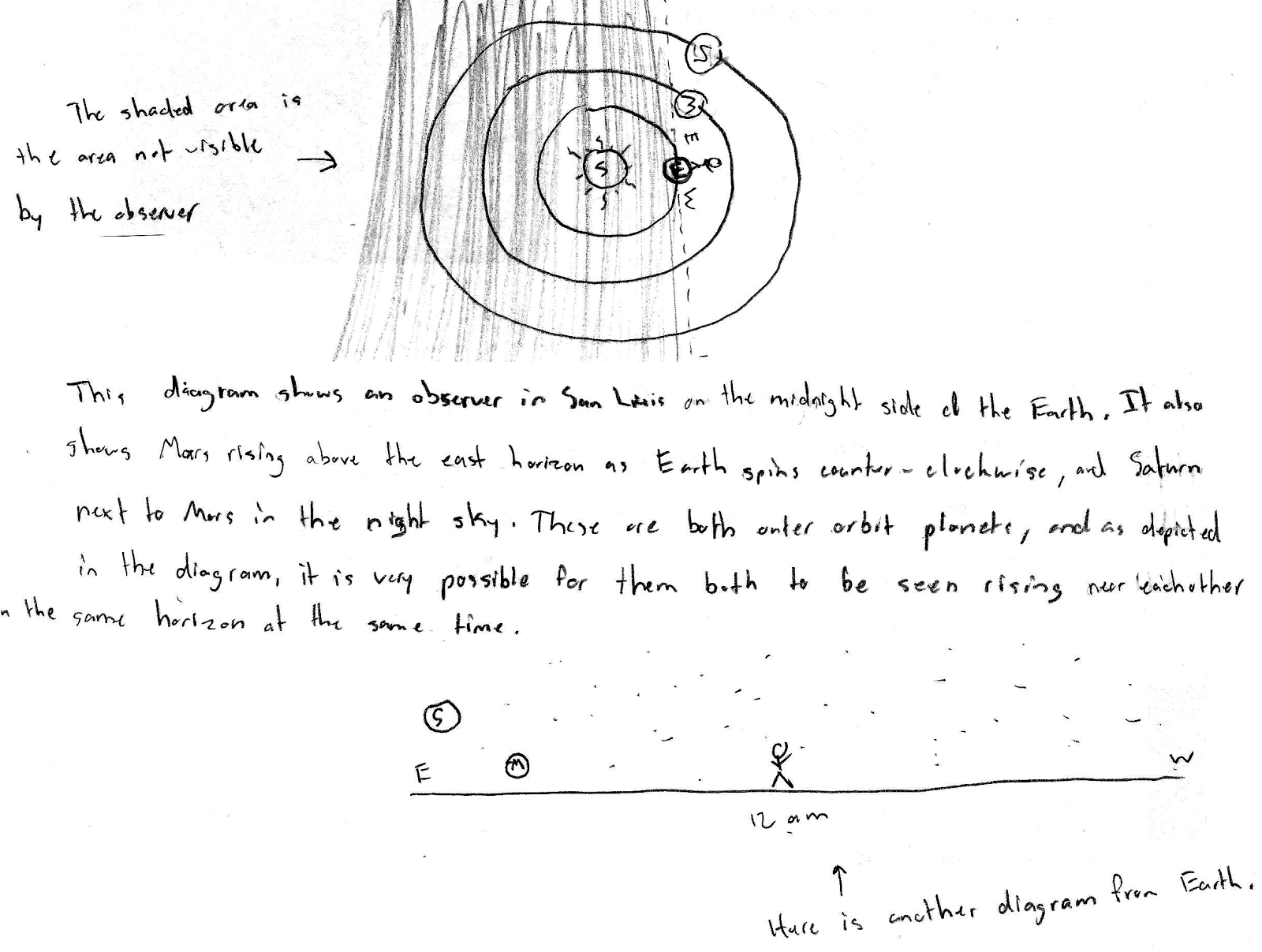 A sample "r" response (from student 4472), with Mars and Saturn setting at midnight: