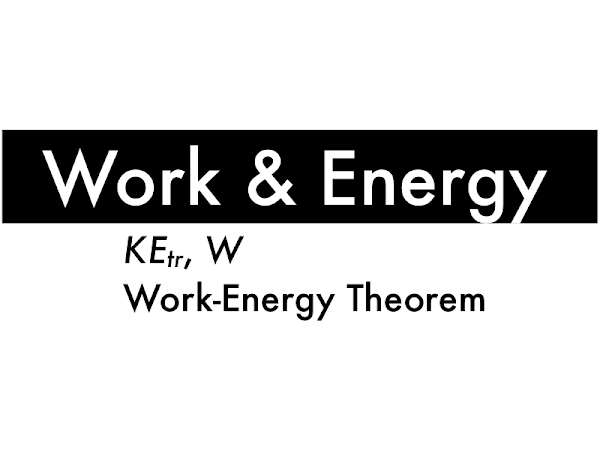 In this presentation we will introduce a new connection between forces and motion, in terms of how forces can do work on or against an object in order to speed up or slow down its motion. This is a new approach to connecting forces and motion, compared to the previous discussion in this course of using Newton's laws to relate how forces on an object result in a net force that may or many not change its motion. 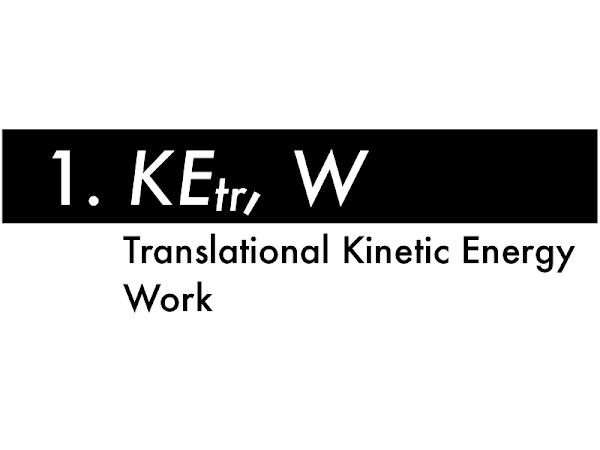 First, defining the "amount of motion" of an object in terms of its translational kinetic energy, and then expressing how a force may do work on or against the motion of an object. 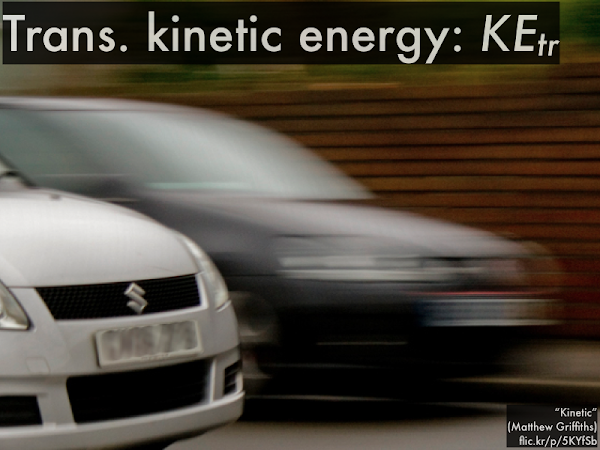 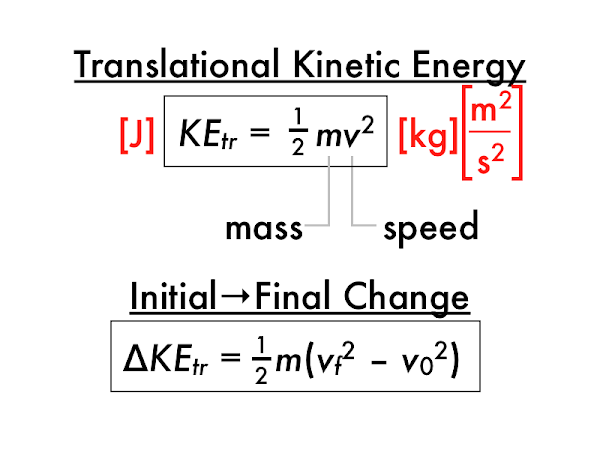 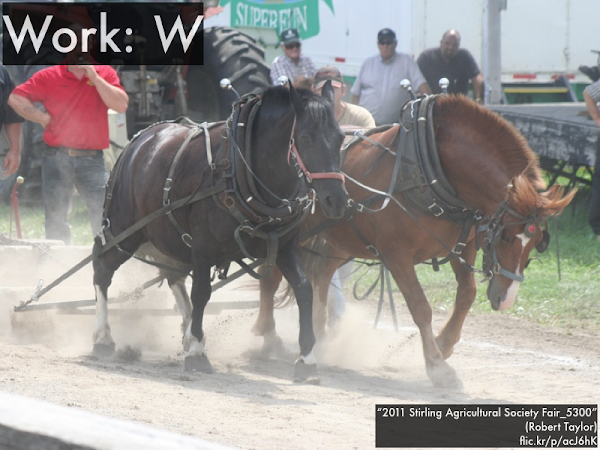 In order to change the translational kinetic energy of an object (speeding it up or slowing it down), a force (such as that exerted by the horses) must do a certain amount of work W either on, or against the motion of the object (here the loaded sledge the horses are pulling). 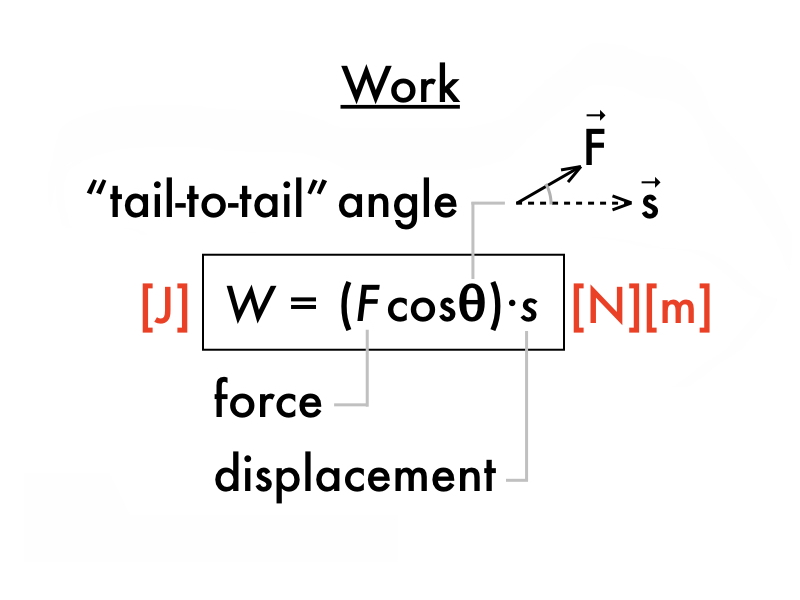 Work is accomplished by exerting a force on an object, but in such a way that the object moves through a displacement s (note the unusual use of "s" for a generic ∆x, ∆y, or other direction displacement!), and the "tail-to-tail" angle θ between the force and displacement vectors (when their "bases" are drawn touching together) is anything besides 90°. The units of work are given in N·m, or yet again, joules, so keep in mind that work can be done on or against any mechanical energy form or forms. 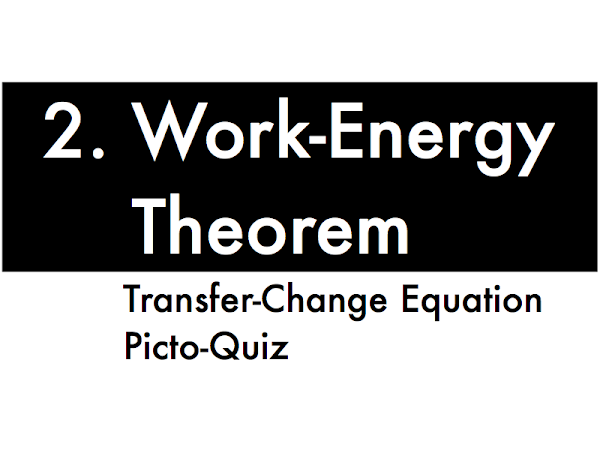 Second, let's now explicitly make the connection between the work done by a force acting on or against the motion of an object, and the resulting changes in translational kinetic energy of the object. 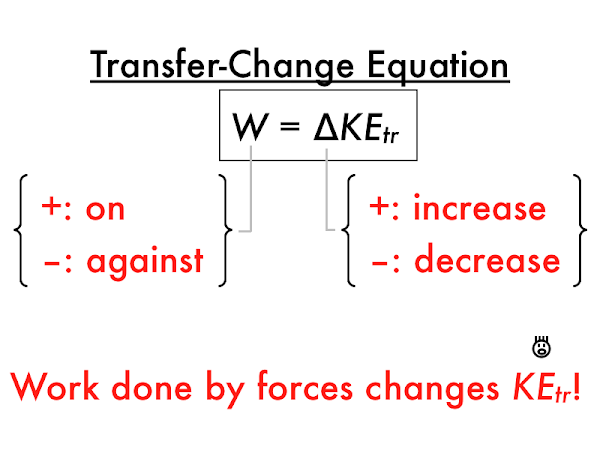 This is an incomplete form of the total energy conservation equation we will utilize later, but this "work-energy theorem" shows how the transfer of energy (as work is done by a force acting on or against the motion of the object) causes a corresponding change in the translational kinetic energy of the object.

If the force does work on the object (by being exerted along the direction of its motion), then the work will have a positive sign, and the translational kinetic energy of the object will increase, making the sign of the ∆KEtr term positive. Note for this case how the left- and right-hand sides of this equation must have the same positive sign.

If the force does work against the object (by being exerted opposite to the direction of its motion), then the work will have a negative sign, and the translational kinetic energy of the object will decrease, making the sign of the ∆KEtr term negative. Note for this case how the left- and right-hand sides of this equation must have the same negative sign.

Squirrel. Catapult! Squirrel catapult! (Note the person behind the sliding glass door, cutting the release cord with a scissors to launch the squirrel.) (Video link: "squirrelcatapult.gif.")

To keep things simple, let's consider a strictly horizontal version of this contraption, which would make the work done by any vertical forces (such as the weight force of Earth on the squirrel) zero, as the angle between these vertical forces and the horizontal direction of motion is 90°.

In the work-energy theorem equation:

(If you were to calculate the numerical values for the work done (in J) and the resulting numerical value for the increase in translational kinetic energy (in J), then they would have to be equal to each other (along with having the same sign).