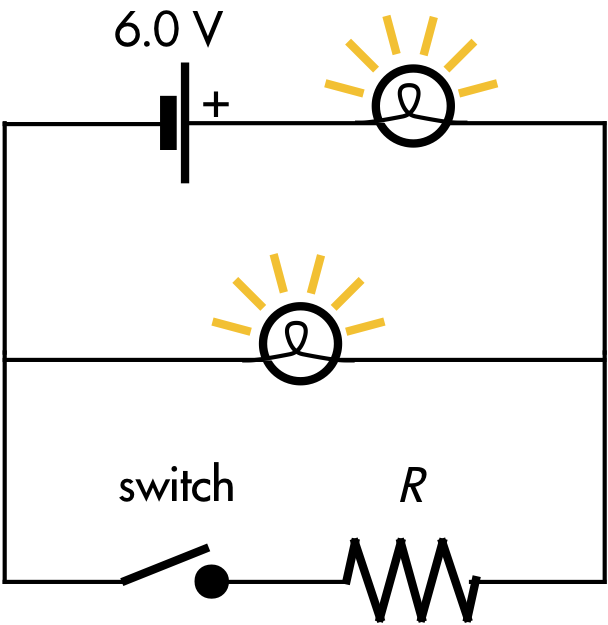 An ideal 6.0 emf source is connected to a switch, resistor, and two light bulbs. While the switch is open, the two light bulbs have the same brightness. Discuss why one light bulb will be brighter than the other after the switch is closed. Explain your reasoning using Kirchhoff's rules, Ohm's law, and properties of electric power.