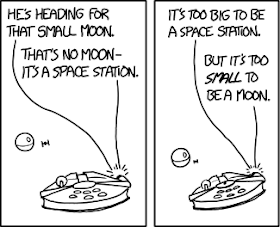 In the movie Star Wars (20th Century Fox, 1977), the Death Star was a giant spherical traveling space station that was initially mistaken as a "small moon." In the webcomic panel at right[*] it is further argued that the Death Star is "too small to be a moon." Discuss why the Death Star cannot be considered a moon, despite its small size. Explain using the International Astronomical Union classification scheme. 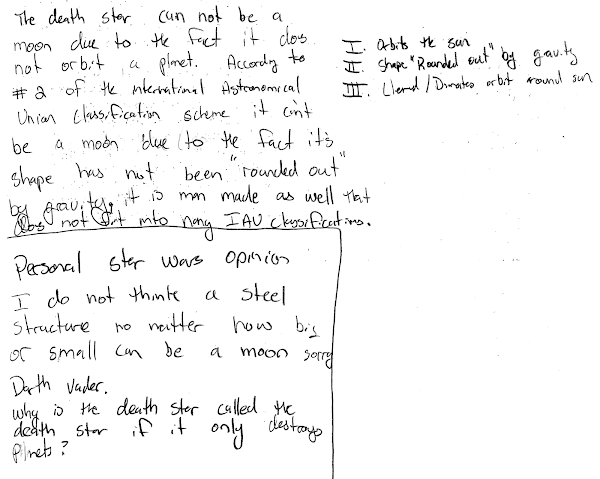