An astronomer at the Southwest Research Institute in Boulder, CO proposed an alternate scheme[*] for defining a planet, paraphrased here as:

A sample "p" response (from student 3695) discussing how a dwarf planet such as Pluto or Ceres would then be considered a planet: 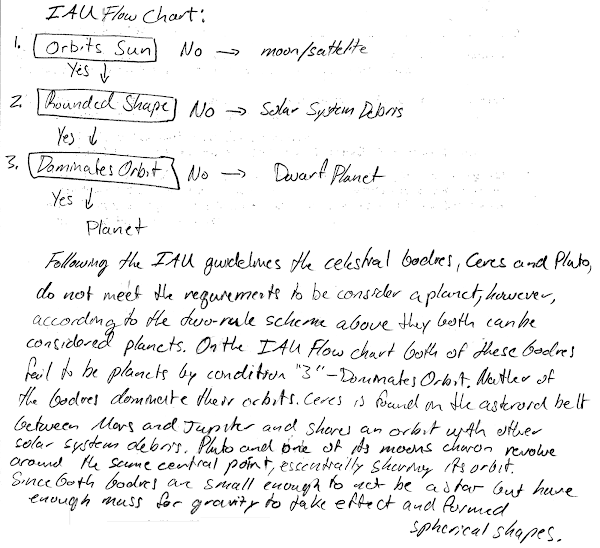 A sample "p" response (from student 1022) discussing how the moon would then be considered a planet: