A book is placed on a crate. An applied force of 13 N pushes horizontally on the crate, which remains stationary. (The floor is not frictionless.) The book is then removed from off the top of the crate, with the same applied force of 13 N pushing horizontally on the crate. Discuss why the crate will begin to speed up after the book is lifted from off the top. Explain your reasoning using free-body diagram(s), the properties of forces, and Newton's laws.

A sample "p" response (from student 2072), treating the book and crate as separate objects for the first case: 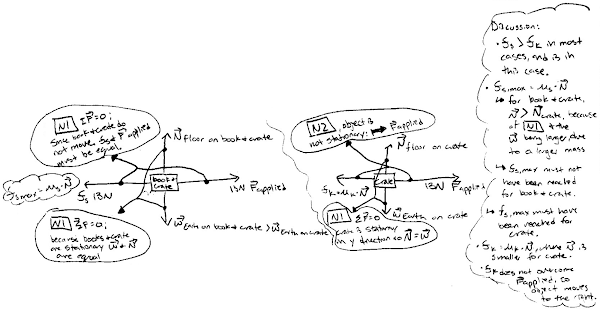