A crate on a horizontal table is attached by a string to a hanging box. The crate is more massive than the box. The string and pulley are ideal, neglect drag, but the table is not frictionless. The crate slides across the table with the same constant speed as the box falling downwards. Discuss why the magnitude of the kinetic friction force of the table on the crate is equal to the magnitude of the weight of the box. Explain your reasoning using free-body diagram(s), the properties of forces, and Newton's laws.

A sample "p" response (from student 9178), treating the book and crate as separate objects for the first case: 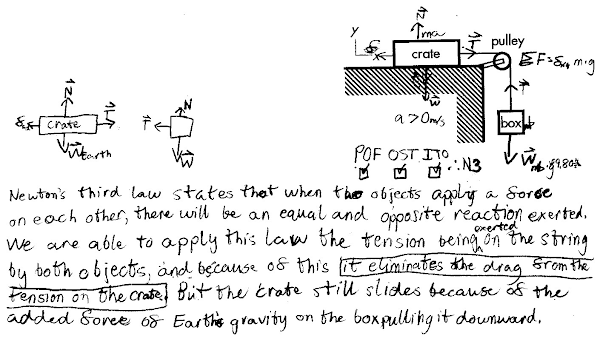