In February 1971, Apollo 14 astronaut Alan Shepard used a make-shift golf club to hit a golf ball on the moon, and described it as traveling "miles and miles and miles."[*] An online message board[**] discussed reasonable parameters for a golf ball hit by an average golfer:

I am informed by a mathematician, also a keen golfer, that assuming a speed off the club of 37 m/s, which is average, and an elevation of 40°, which is usual for a 6-iron, then a distance [less than one mile] could be expected [on the moon].

Based on these parameters, determine whether Shepard's "miles and miles and miles" claim or the online "less than one mile" claim is more plausible. The magnitude of the gravitational constant on the moon is gmoon = 1.62 m/s2, and use the approximation 1 mi = 1,600 m. Neglect air resistance. Show your work and explain your reasoning using properties of projectile motion.

A sample "p" response (from student 3560), calculating the time for the golf ball to hit the ground, and finding that the horizontal distance traveled during that time would be less than a mile: 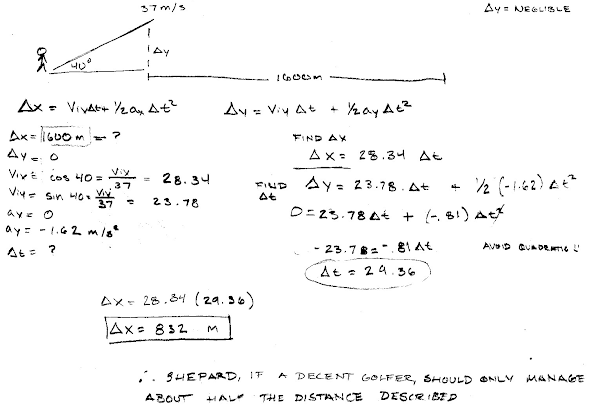 Another sample "p" response (from student 0123), calculating the time for the golf ball to travel one mile horizontally, then determining that the golf ball would need to be vertically well below the ground in order to travel that horizontal distance: 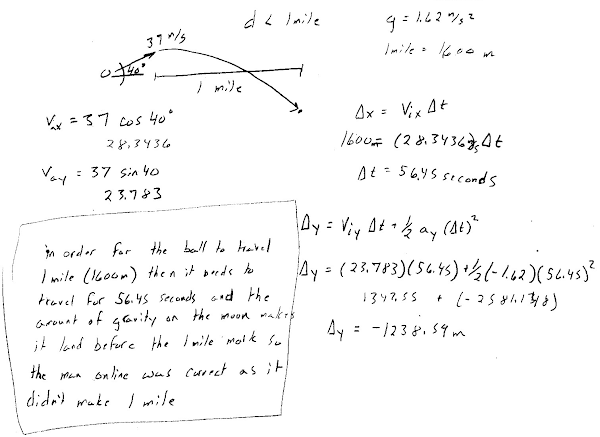 Another sample "p" response (from student 1263), calculating the time for the golf ball to reach its highest height, then multiplying that by two to get the total flight time, and finding that the horizontal distance traveled during that total flight time would be less than a mile: 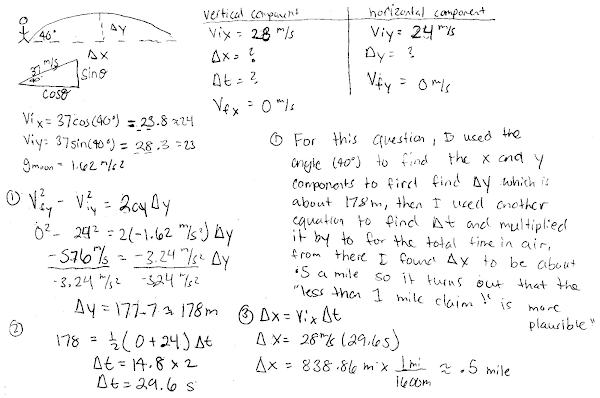 A sample "y" response (from student 9693), speculating that the golf ball would travel farther than a mile on Earth because of the weaker gravitational constant on the moon. 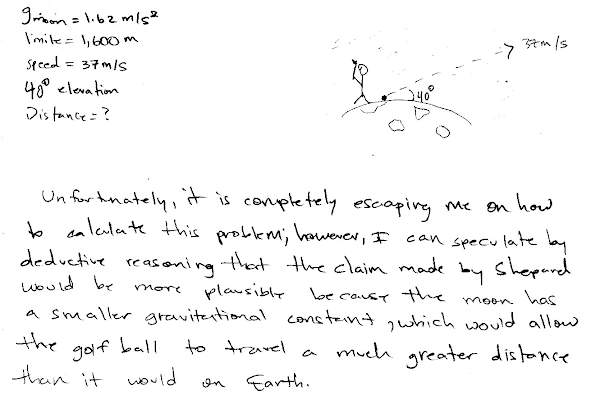