Consider the speculative statements below as factual:

Scientists think the gravitational pull of something in the outer solar system could be yanking Kuiper belt objects into strange orbits. This object is said to have a mass about 10 times that of Earth and an orbit around the sun 20 times farther out than Neptune's. A team of scientists led by Durham University claim it's a primordial black hole about the size and shape of a bowling ball.[*]

Based on the information given in this excerpt, discuss whether or not this "primordial black hole" could be considered a planet, and why. Explain using the International Astronomical Union classification scheme. 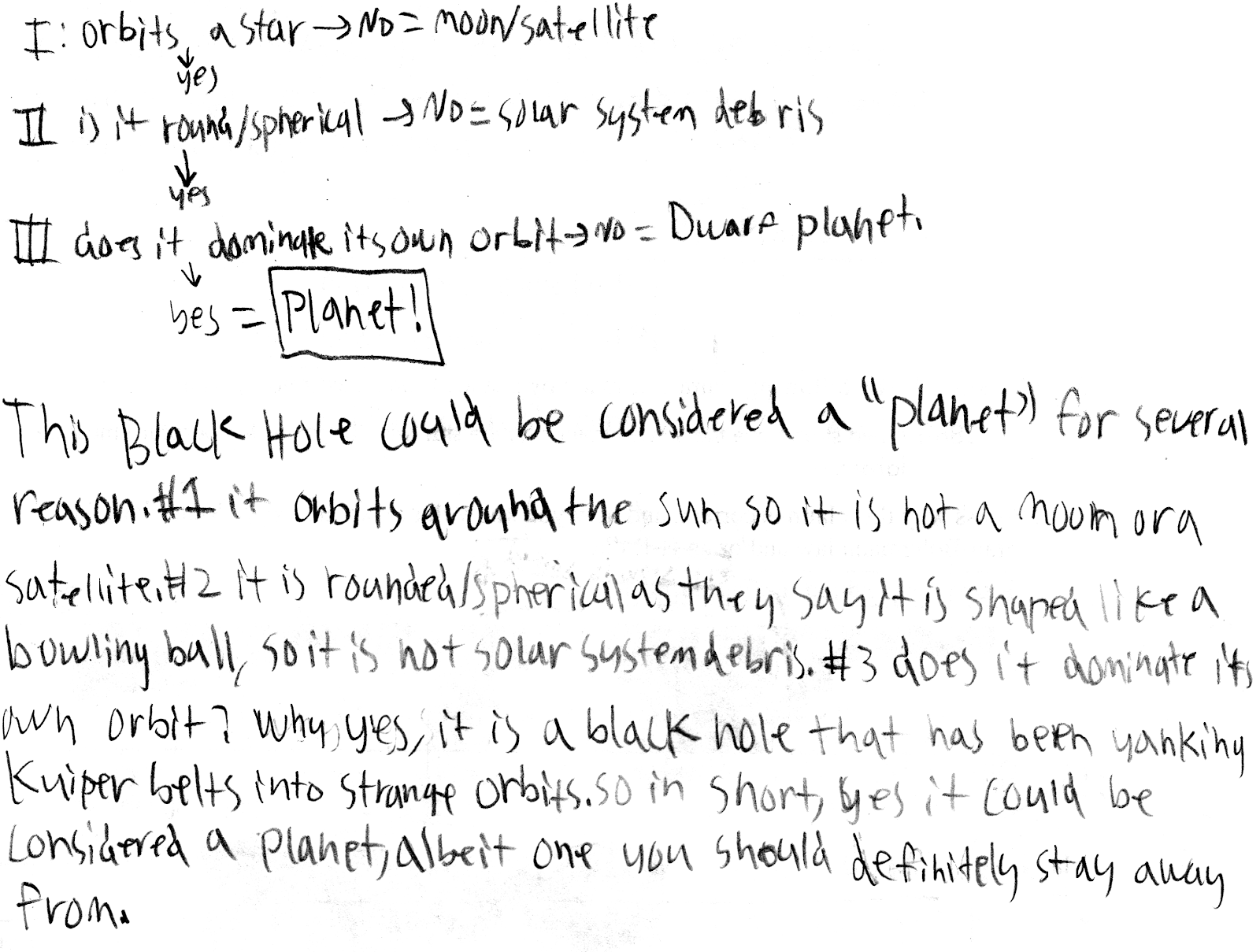 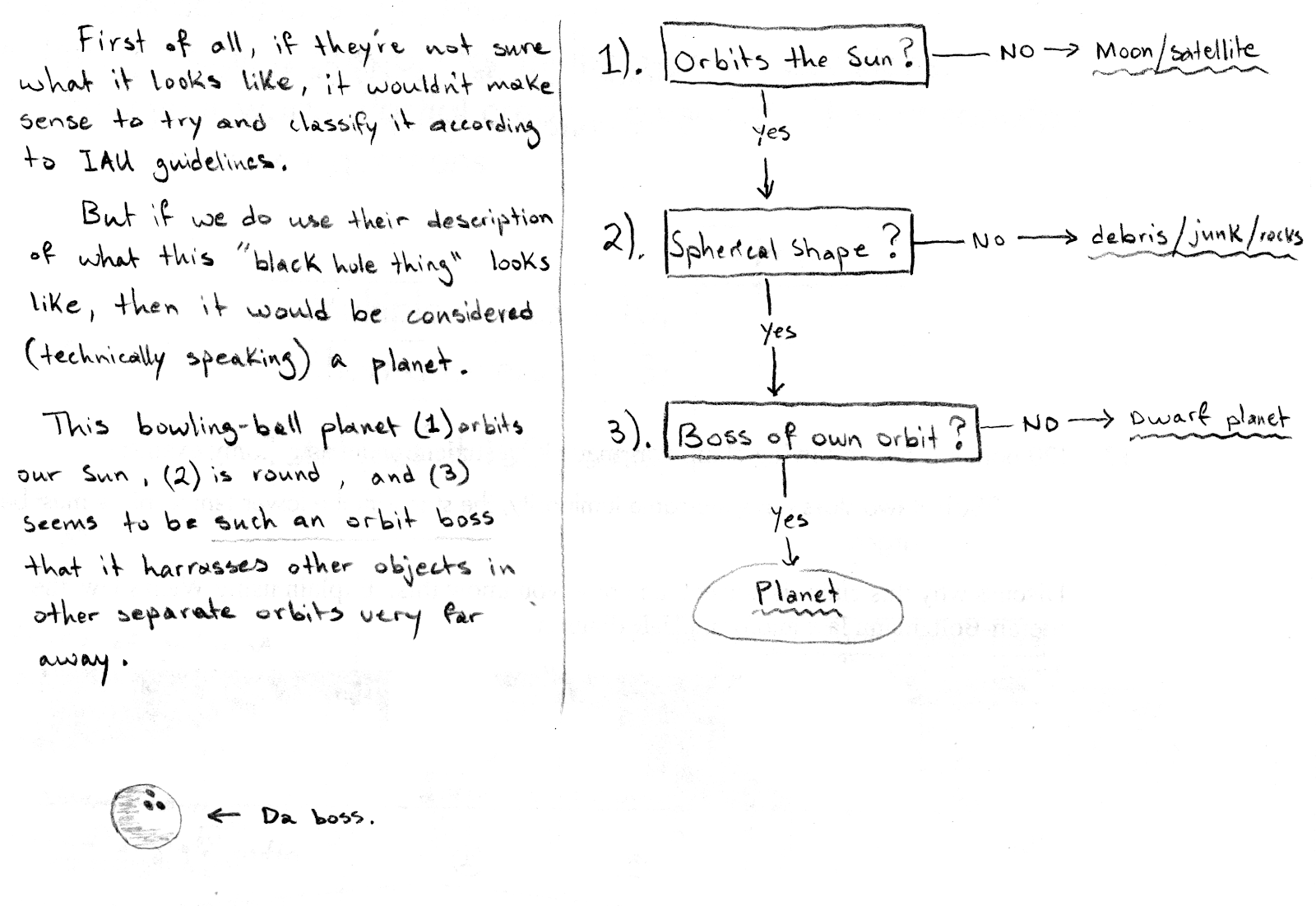