Another sample "p" response (from student 2533; note that the static friction force of the ground on table pointing to the right is denoted as a tension force): 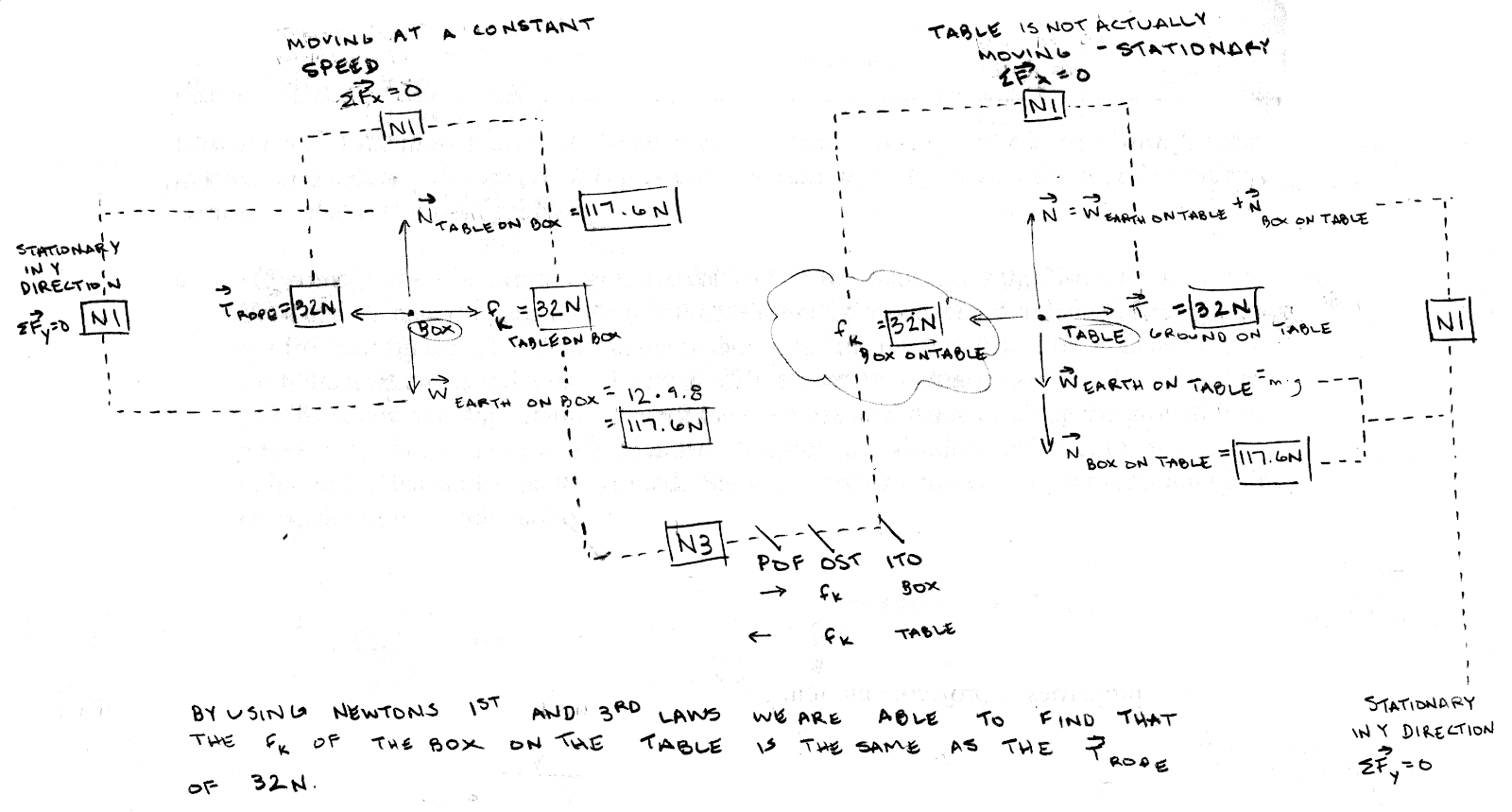 A sample "t" response (from student 1995), discussing Newton's first law for the box, demonstrating that the kinetic friction force of the table on the box points to the right with a magnitude of 32 N: