While giving a tour to visitors, a family member recounted how her father worked on their tree farm[*]:

[Dorothy "Dot"] Lombard said her father worked several years on the tree farm before he bought the property in 1956. He loaded logs into his four-wheel drive skidder, cut away brush and took lengthy notes. He would work from sunrise to moonrise.

Discuss what phase the moon would have when rising to signal the end of an approximately 15 hour work shift that began at sunrise. Support your answer using a diagram showing the positions of the sun, moon, Earth, and an observer on Earth. 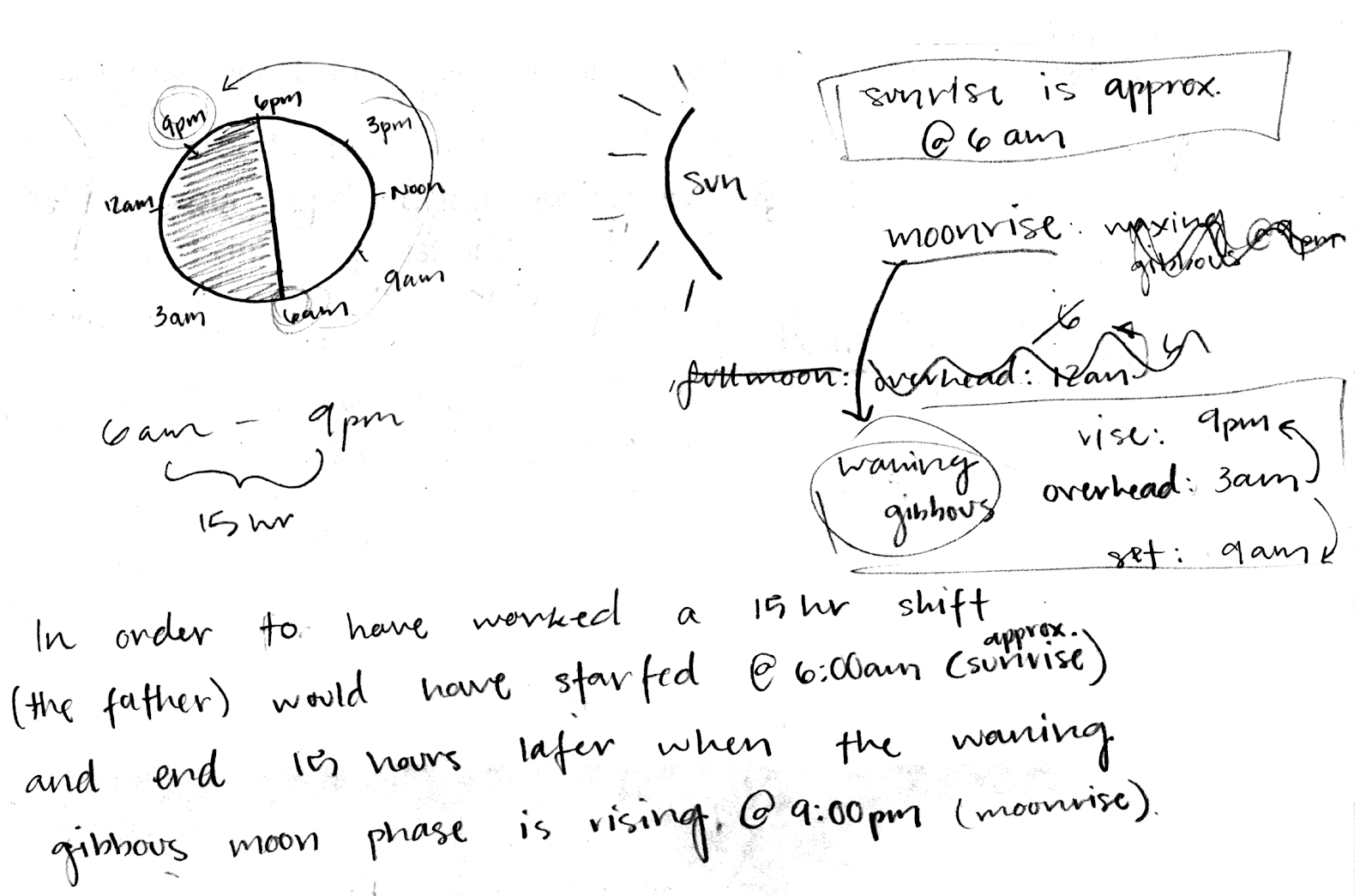