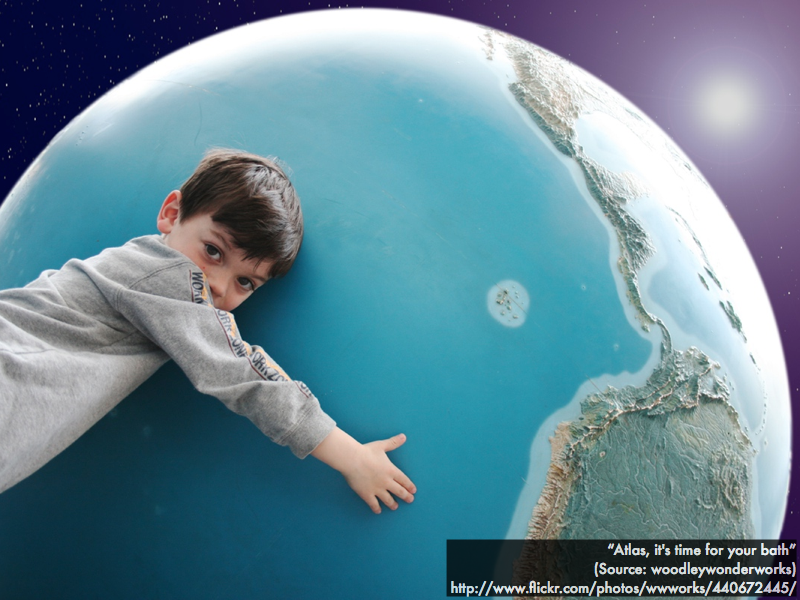 "That this year that the James Webb Space Telescope (JWST) is being launched this year, if it hasn't already."

"I found the telescope on the back of the re-purposed plane to be very interesting; it's useful to being able to get a better view of the sky without have to have a telescope in space."

" The analogy used to describe air turbulence was really easy to grasp given how relatable it is and how much sense it makes. I did not know this was why stars 'twinkled.'"

"I've always wondered why stars twinkled and to understand that the reason for that is because we are watching them through the atmosphere."

"The fact that stars twinkle because of the Earth's atmosphere and just them not twinkling on their own."

"Atmospheric turbulence, because I didn't know that the atmosphere and air could distort our view of the night sky."

"The idea of putting a telescope in space. was super interesting to me. I know there are other cheaper solutions but I can't get the idea out of my head."

"Thinking about other planets and well, space in general blows my mind because of the extensiveness of it all. I feel like there's so much to learn/find out about Earth still and it's really just an extremely small fraction of what else is out there, so in addition to Earth, learning about other planets in our solar system will be really fun."

"Continental drift was pretty interesting and how our continents are able to move."

"How the greenhouse effect is mostly nature-driven."

"That we can still be able to identify the age of certain features on a planet despite not knowing exactly how they are made."

"The similarities about the moon and Mercury. I did not know much about Mercury before the reading."

"I found the large-impact hypothesis to be quite interesting. The moon is just formed from the debris of this collision. Topics like this and the big bang hurt my brain a tad, and then I go through a minor existential crisis."

"I found the basics of the telescope a bit difficult to grasp because it is easy to get confused between all the terminology."

"I could use some more clarification on telescopes and all of their aspects."

"I also found atmospheric turbulence confusing because I am not really sure how the atmosphere distorts our view."

"Adaptive optics was confusing to me, I just do not think I was understanding how the mirrors helped focus the images."

"The greenhouse effect was a bit confusing to me."

"Whether the curving ridges are older or newer than the lava lowlands on Mercury."

"Could you go over the right answers for oldest to youngest features of the moon and Mercury?"

"I found it confusing that Mercury had more iron than expected because it seems strange to me."

"Confused on the large-impact hypothesis for Mercury."

"I didn't really find anything confusing. "

"The stars appear to twinkle due to Earth's atmosphere when the light rays enter. In order to look at it without seeing the twinkle you could use a telescope that is in outer space...if you manage to get access to it."

"The interference of the atmosphere and the movement of all the air above us."

"Light pollution and the fact that all of their light must pass through the substances in Earth's atmosphere."

"When light of a star travels from the sky to Earth, the light gets moved around from wind and particles in the air, making them look as if they are twinkling."

"Turbulence or disturbances in the atmosphere cause rippling which distort astronomical viewing."

Enters atmosphere from: volcanoes [63%]
Taken out of atmosphere by: oceans [58%]

"I'm a bit lost on telescopes. Do you think we could go over that topic more in class?"

"Why we don't have most of our telescopes in space if that's where we get the best view of the stars?" (It's super-expensive to build, launch, and maintain a telescope in space. For optical telescopes, the effect of atmospheric turbulence has been solved by using adaptive optics, so the money involved in putting up a small telescope in space can now be used to build a much bigger (and better light-gathering and resolving power) telescope on the ground. For other forms of light, though, it will still be necessary to put telescopes in space (or be flown very high up in the atmosphere) in order to get around the absorption of the atmosphere.)

"Do you own a telescope?" (No, since I get to use the telescopes at school whenever I want.)

"Thanks again for giving us the opportunity to see the dome rotate in the observatory, that was a really cool experience."

"Why can astronauts visit the moon, but not Mercury?" (There's already a huge energy cost to leave Earth to get to the moon; but an even more energy would be required to leave Earth's orbit, start getting closer into the sun toward Mercury, and then slow down enough such that Mercury's gravity will take hold--NASA's MESSENGER probe to Mercury took more than six years to do that journey.)

"What is the farthest planet we can travel to other than Pluto?" (Uh, Pluto's not a planet--it's a dwarf planet in the Kuiper belt (the icy outer belt of the solar system). In any case, NASA's New Horizons spacecraft has passed Pluto already, and is currently its way to "Ultima Thule," another Kuiper belt object further out.)

"When will we be discussing topics like the big bang?" (Later this semester--that's Quiz 7 stuff.)

"Do you give us a study guide for each exam?" (Yes--and there will be a review session for each exam as well.)