The following explanation was given on an online discussion board[*]:

Say Saturn is overhead at sunrise. After a few months, Earth will have moved faster in its orbit than Saturn such that Saturn will then be visible overhead at midnight.

Discuss why this answer is correct for an observer in San Luis Obispo, CA, and how you know this. Support your answer using diagrams showing the positions of the sun, Saturn, Earth, and an observer on Earth. 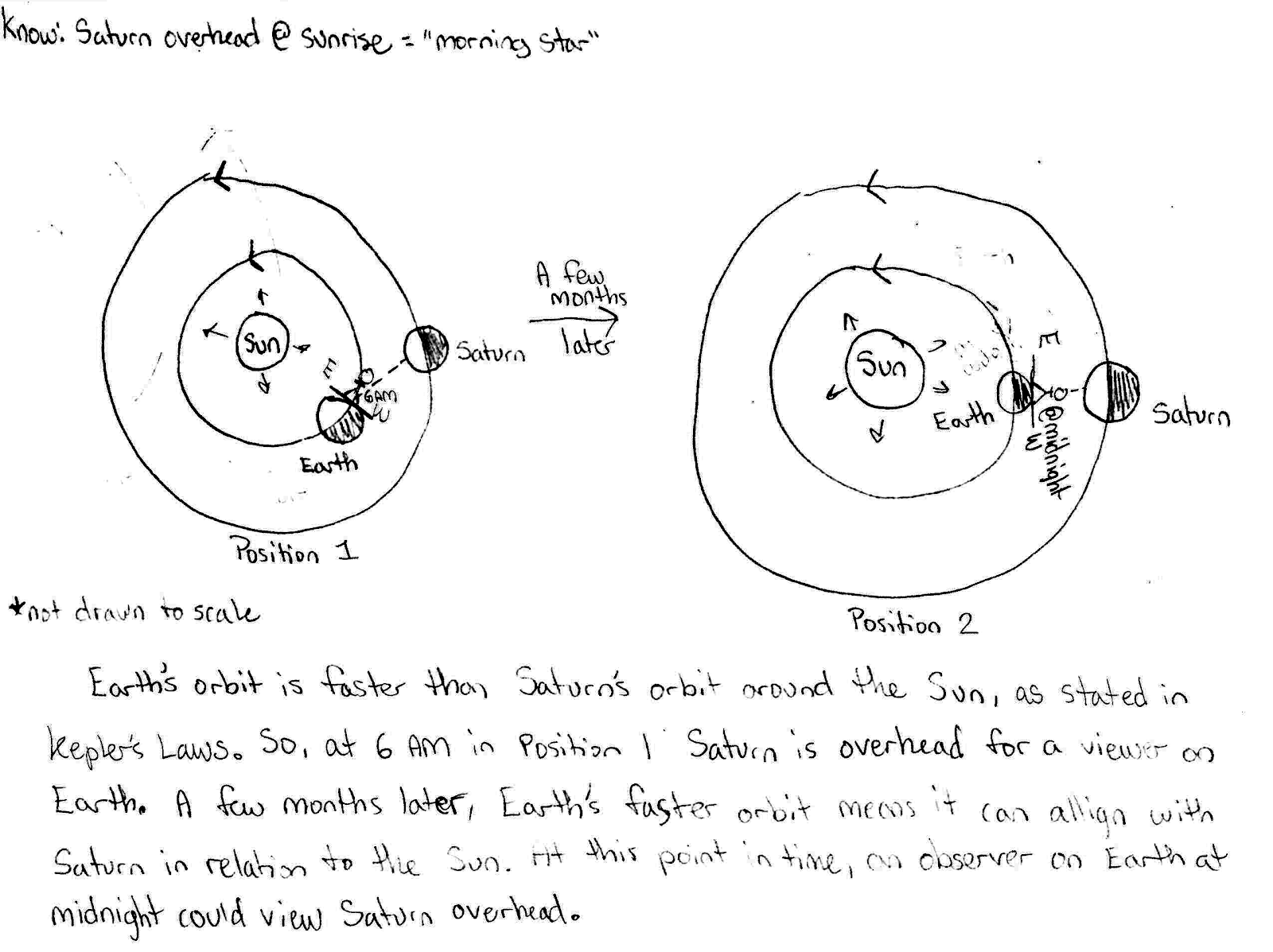