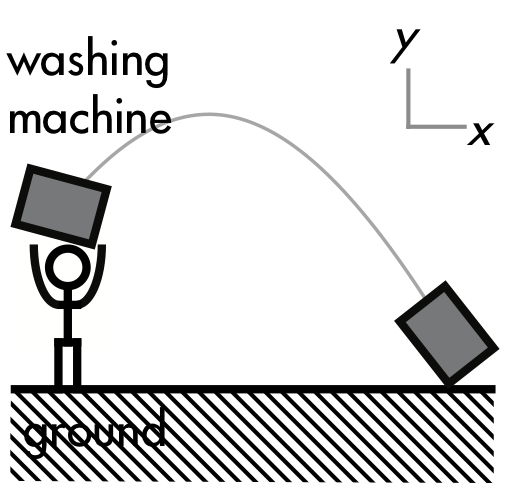 In 2017, Zydrunas Savickas set a world record throwing a 46 kg (101 lb) washing machine that landed a horizontal distance of 4.13 m from its starting position atop his head. Savickas' height is 1.91 m, and the washing machine was airborne for 1.84 s starting from just off the top of his head to just before hitting the ground[*].

Find both the horizontal and vertical components (v0x, v0y) of the initial velocity vector for the washing machine, as it was thrown and released from just above the top of Savickas' head. Neglect air resistance, and treat the washing machine as a point object. Show your work and explain your reasoning using properties of projectile motion. 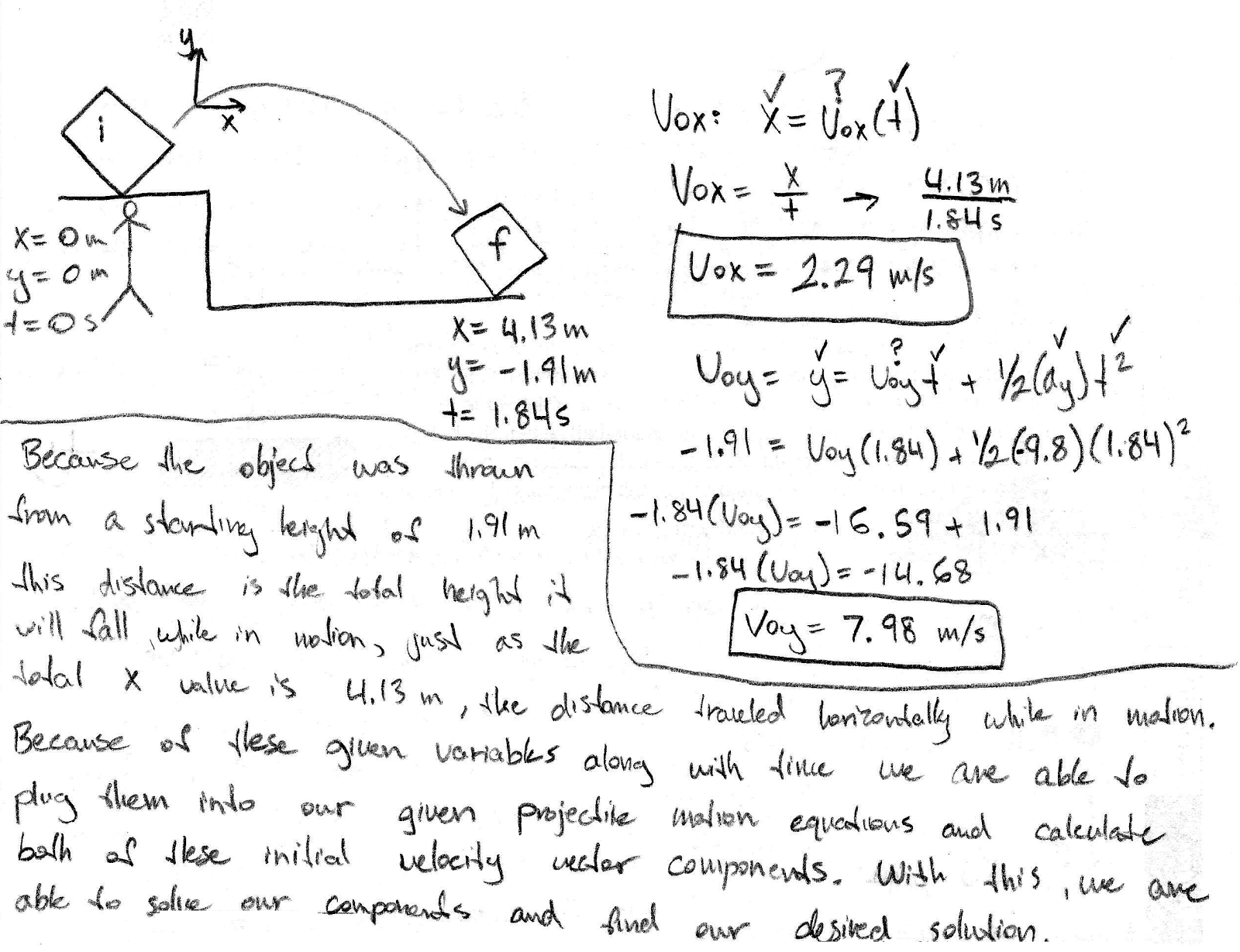