The following questions were asked on reading textbook chapters and previewing a presentation on projectile motion and forces/interactions. 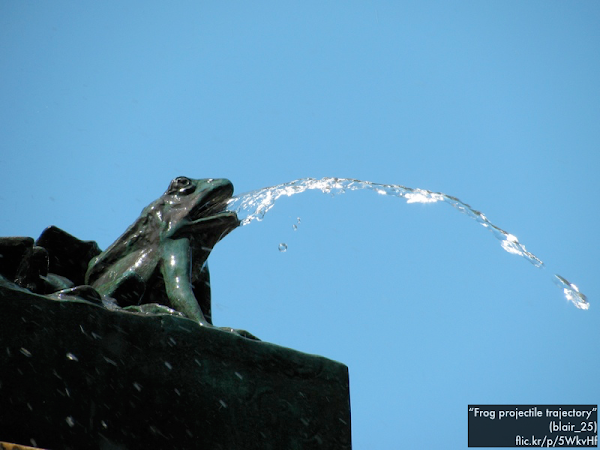 "I understand the basics and values of components in vertical, horizontal, and diagonal launches. Also the force interactions and their corresponding symbols."

"Gravity is a downward force that has an effect on a projectile's vertical motion. There is no horizontal force in a projectile motion, so it will have a constant horizontal velocity."

"Everything is pretty much the same, same formulas just a little more added. We were doing one dimensions now we are doing two dimensions."

"A projectile is an object with only gravity as the force acting upon it. The trajectory is the path a projectile travels. Projectile motion depends on the independent horizontal and vertical motions. Trajectory motion is vertical free fall with horizontal constant added. Weight, normal, tension, static and kinetic are forces that can be described for an object through a free body diagram and when added together create net force."

"I understand the five kinematic equations and how to pick the one to solve, because the process of elimination is really easy, and I've dealt with it before."

"I feel like I understand the individual forces themselves. They all play their own part in the mechanical aspects of reality in unique ways."

"I still think that the sine and cosines are confusing but I feel I will get it the more we practice. Besides that I think it makes sense if I know what each variable means."

"One thing I struggled with is trigonometry. I sometimes forget which function to use for a particular situation."

"Just setting up the problems; I can't get the steps right to pick the right formula. I read the problem and just freeze on the setup."

"How to choose the more straightforward equation when solving a problem; I'm usually really slow so I would like to be more efficient and not waste too much time doing more work than I should but I'm always taking the long path."

"The equations are confusing, but I think once applied and talked about will make more sense. Can you better describe 'normal force?'"

"The difference between kinetic and static friction. It seems to me that they are mostly the same with a slight difference but I am ultimately unsure."

"I did not find the material too confusing. Working through the problems can be a little difficult though."

Indicate the acceleration components after the anvil was launched.
(Only correct responses shown.)

Indicate the initial velocity components for the car driven horizontally off the cliff.
(Only correct responses shown.)

Indicate the acceleration components after the car was driven horizontally off the cliff.
(Only correct responses shown.)

Indicate the initial velocity components for the car launched diagonally off the cliff.
(Only correct responses shown.)

Indicate the acceleration components after the car was launched diagonally off the cliff.
(Only correct responses shown.)

Describe a situation with a negative starting angle of elevation θ for projectile motion.

"A car going down a ramp which angle is in the fourth quadrant."

"A gun is fired from a building to the street below."

"I am unsure of an example and could benefit from going over this."

"I don't understand the question. If you could address it in class that would be much appreciated!"

"When the Night's Watch is shooting an arrow from the wall down to the wildlings." (#winteriscoming)

Identify the type of interaction ("force") with its symbol. (Only correct responses shown.)

"I was wondering if there is an equation sheet we plug knowns and unknowns into like the past. Some of those formulas became very complex." (Yes, the horizontal and vertical kinematic equations will be given to you for the next quiz.)

The material seems easy, but the in-class approach can be confusing."

"I like how the process we go through to find givens, unknowns and what to solve for in the list of five."

"I would really like you to do more lecturing in class and less practice quizzes and worksheets."

"Possibly more review on projectile motion and being sure of which equation/which variables we want to solve for."

"Could we go over questions that use all of these variables in class?"

"Can you explain the angles and components a bit more in-depth or go over it with a few more examples? I feel like we didn't have enough time to get the idea in."

"Can we use the blog to find more related problems to practice on?" (I've pretty much linked to all the old quiz questions that are on the blog with worked-out solutions that are worth doing for homework. If you really to see all the quizzes posted from previous semesters (which don't all have answers given), then you can click on (or search for) the tag "physics quiz archive," and just keep scrolling down the page, backwards into time.)

"How useful is doing calculations in ideal situations when in real life air resistance gets in the way of things?" (Well, ignoring air resistance would get you numerical results that would only be approximately correct; but realistically bigger uncertainties would probably come from not being able to precisely measure the experimental direction and speed of the initial velocity vector, etc.)

"If we imagine that gravity doesn't exist on Earth and we launch something horizontally, would it keep going straight until it crashes on another object? But if there is no gravity in the space, why do shooting stars are falling?" ((1) Yes, if we could turn off gravity. (2) But Earth exerts gravity everywhere around it, even in space, so it can still pull in meteoroids (small rocky debris) into the atmosphere, where they'll burn up as meteors ("shooting stars"). Bonus fact: surviving fragments found on the ground are meteorites.)

"I really enjoy your positive attitude towards physics." (Let's see if I can maintain that for the next sixty semesters until I can retire from teaching. #sixtysemestersuntilretirement)