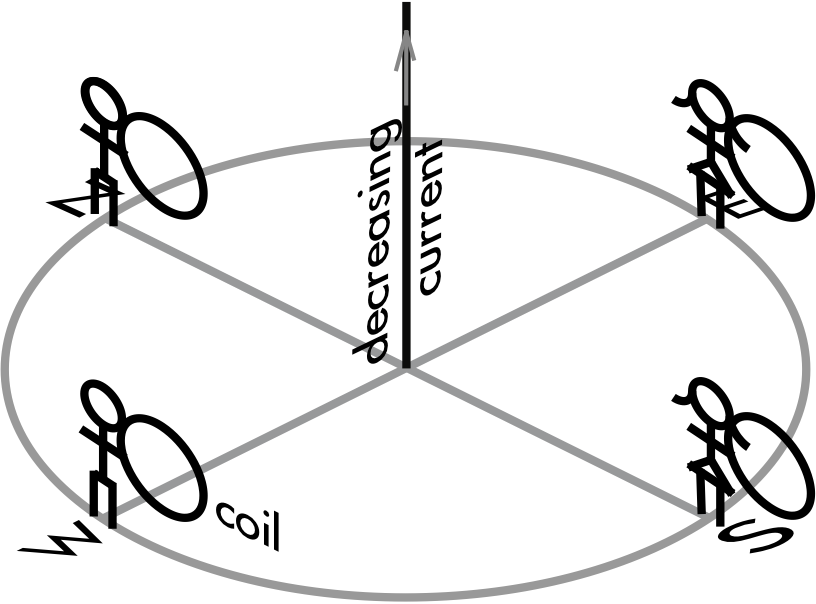 A vertical wire has a decreasing amount of current flowing upwards. Circular metal loops (of resistance R) oriented flat along the north-south direction are held by four different observers. Determine which observer (if any) will have a coil with an induced counterclockwise current, as seen in this perspective. Explain your reasoning using the properties of magnetic fields, forces, motional emf, Faraday's law and Lenz's law.