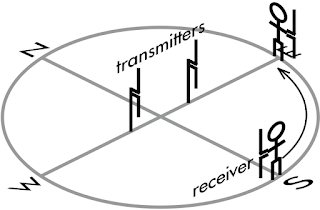 Two vertical radio transmitters broadcast in phase at the same wavelength of 1.2 m, and are spaced a certain apart along the east-west direction. A Physics 205B student holding a receiver starts from due south of the transmitters, and detects three different locations with destructive interference signals before finally reaching due east of the transmitters. Determine a plausible separation distance (in m) between the transmitters. Explain your reasoning using the properties of source phases, path lengths, and interference. 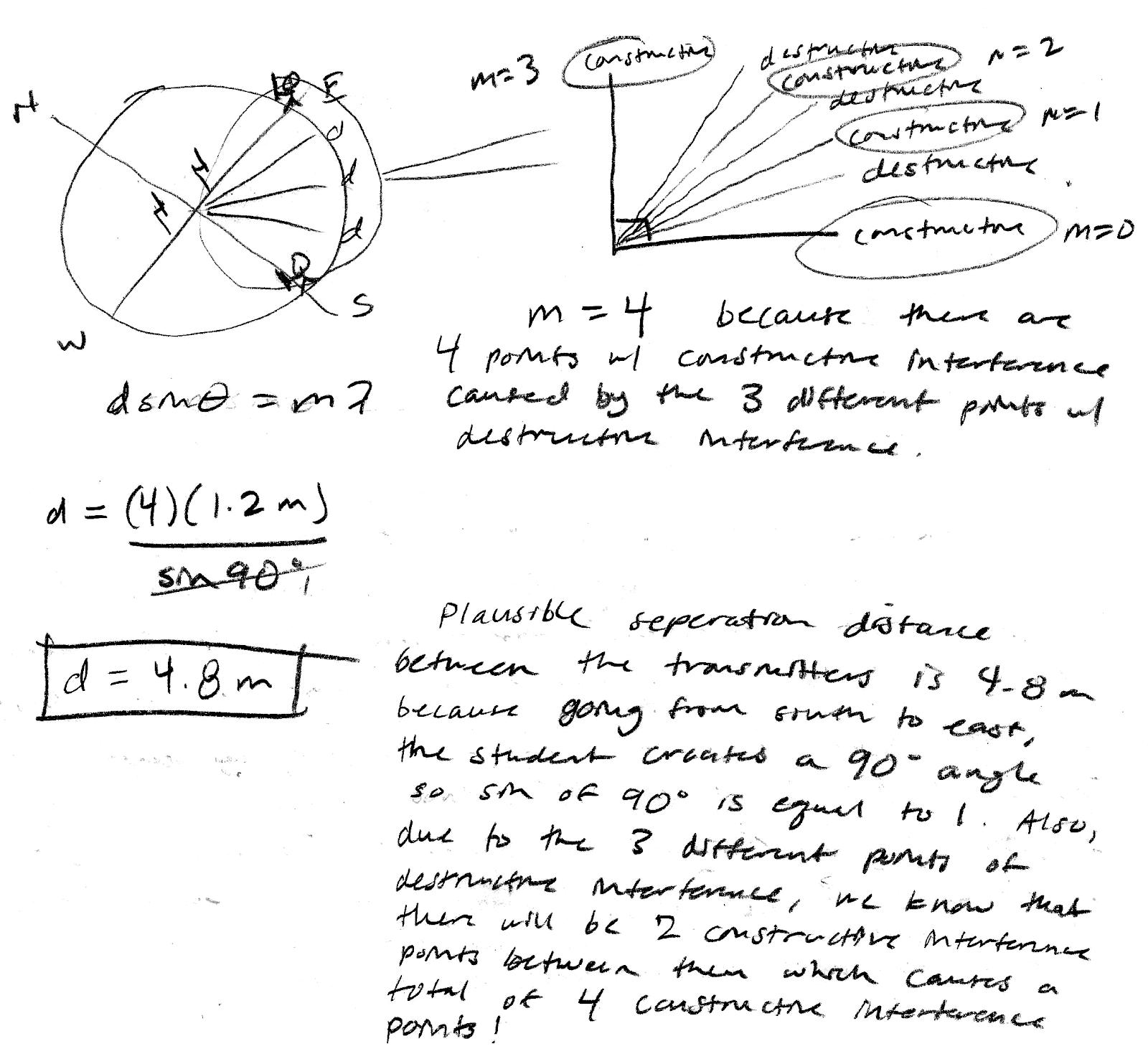