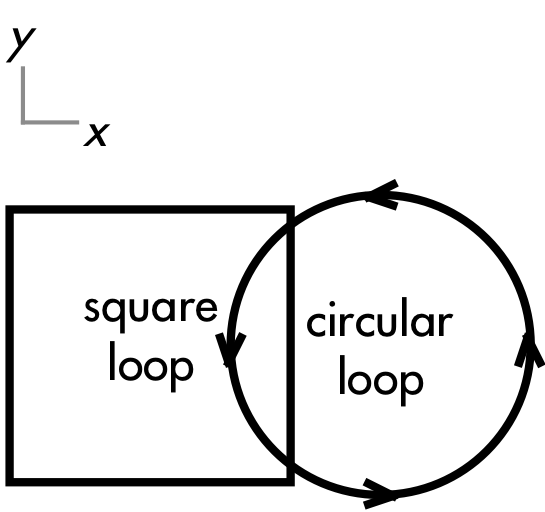 A moveable circular metal loop with a constant counterclockwise current (from an ideal emf source, not shown) partially overlaps a stationary square metal loop of resistance R. In order to create a counterclockwise induced current in the square loop, discuss whether the circular loop should be moved to the left or moved to the right (or if it is not possible to induce a counterclockwise current in the square loop). Explain your reasoning using the properties of magnetic fields, forces, motional emf, Faraday's law and Lenz's law. 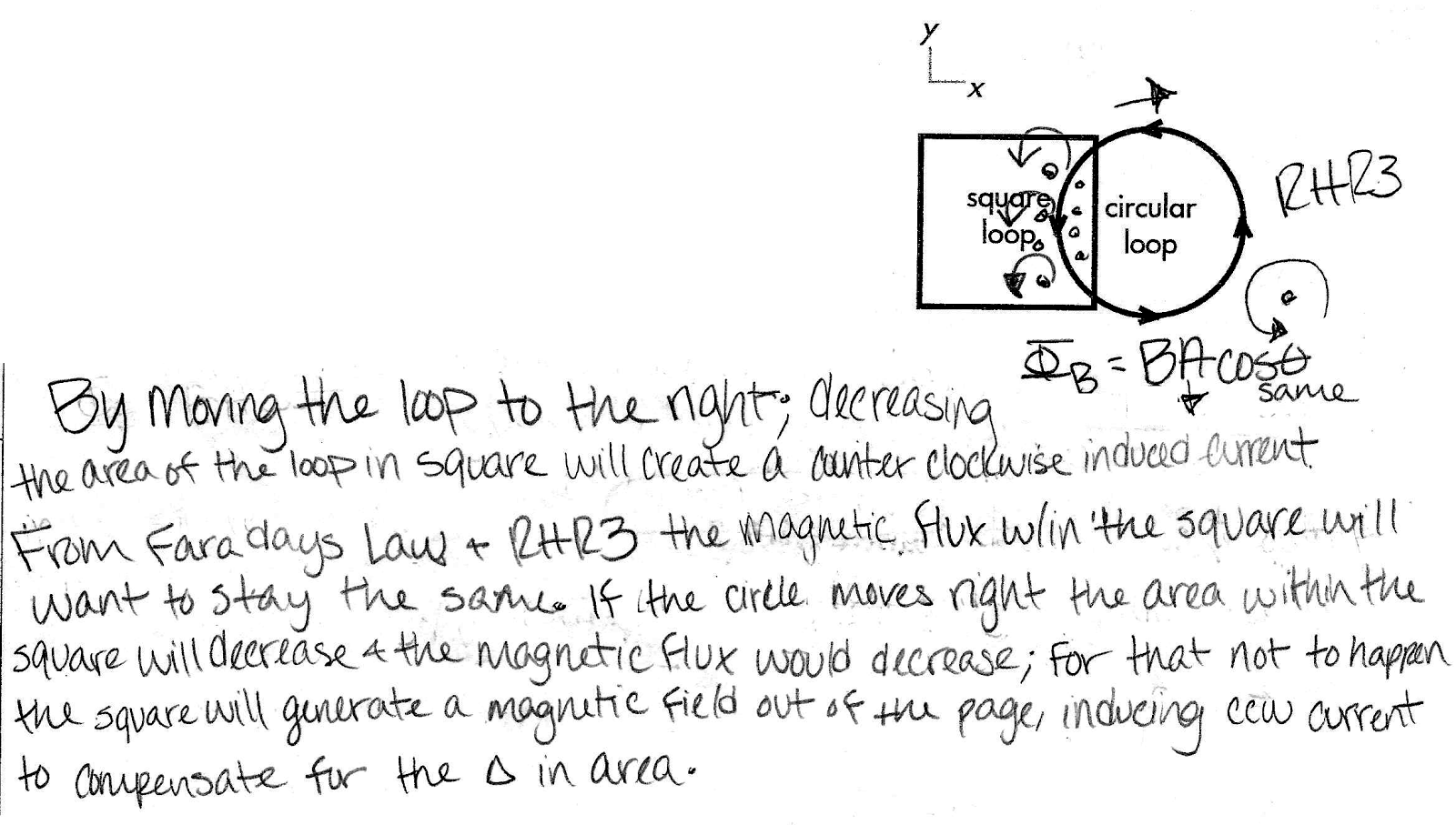