An astronomer at the American Museum of Natural History proposed an alternate scheme for defining planets and non-planets[*]: 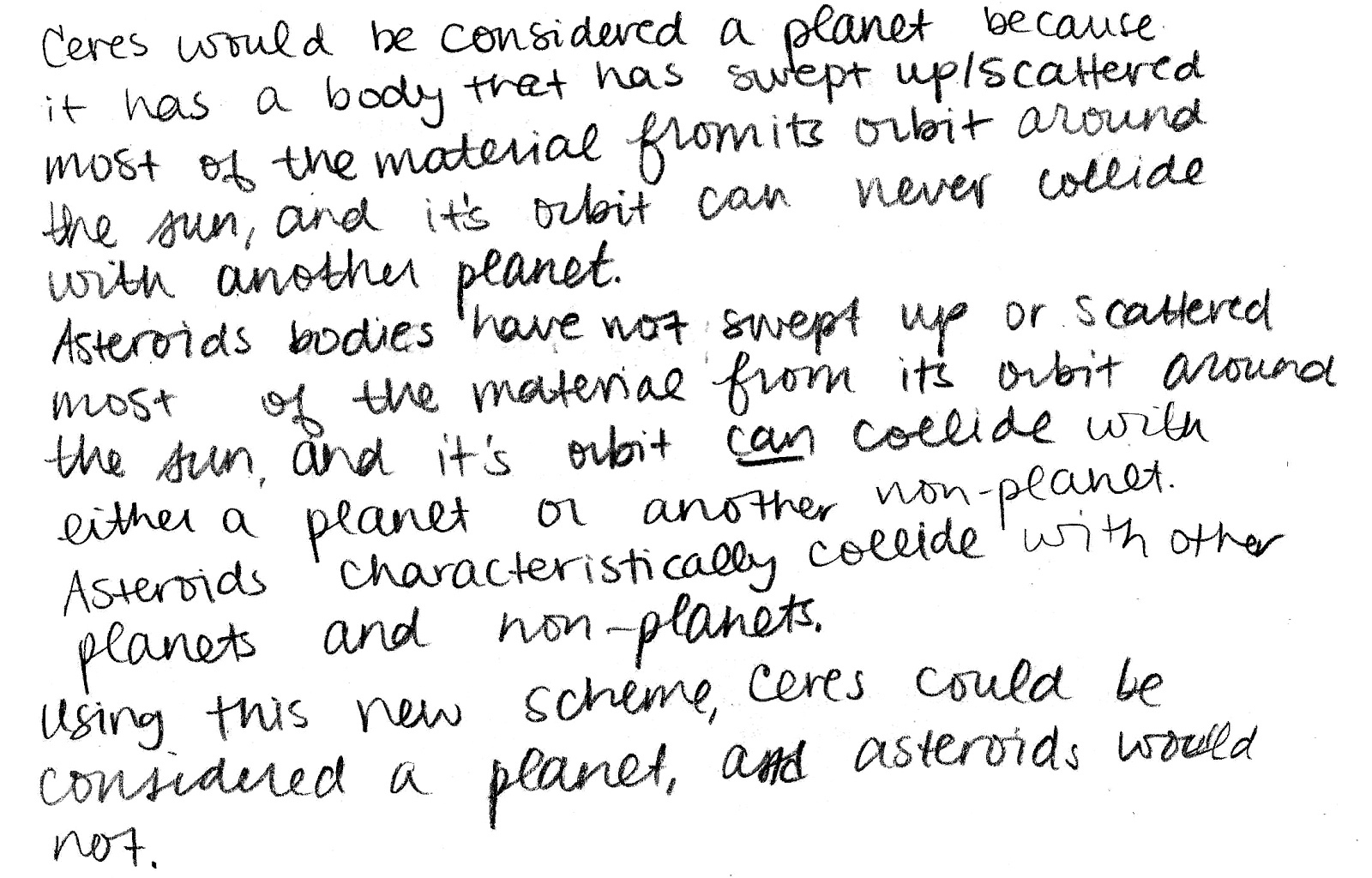