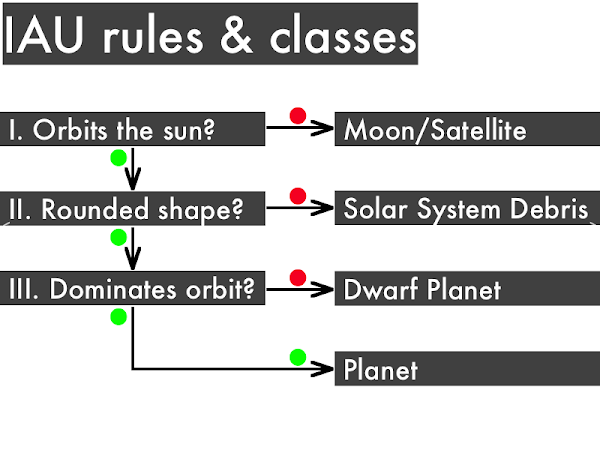 "Mars' biggest volcano, and trying to imagine what it looked like erupting."

"That Saturn's rings are made of ice particles, because I always pictured them being made of rock particles."

"How similar Venus is to Earth, and how their 'little' differences are what make Earth able to support life and Venus not able to. "

"When I read about Venus's history, I wondered if Earth one day would too mimic its atmosphere (with the runaway greenhouse effect and the fact that their only main difference is the lack of liquid water)?"

"How mass of a planet determines whether it holds onto it's atmosphere or not. Hadn't considered it before."

"Why Pluto isn't considered a planet, because I never knew the real reasons why they took away its planet status."

"Coronae on Venus, because they're a very unique shape and after further reading discovered how big these can be with the biggest one being the Artemis Corona which is 2,100 km in diameter, or 1,300 miles."

"Learning about all the planets was interesting, because I haven't since elementary school."

"Hw larger planets are more geologically active compared to smaller planets. This is neat because it allows for me to understand the nature of a planet by knowing its mass."

"So Venus looks like the greenhouse effect basically took over. They are in the far stages that Earth is only beginning to experience."

"If Earth and Venus are of the same mass, then what exactly caused Venus to become a much more inhospitable environment when compared to the Earth? This is a confusing concept possibly because I am not too sure how greenhouse gases work on other planets or on the Earth for that matter."

"I am still unclear on what classifies as a planet."

"The Cooper Cooler effect. I didn't understand how a water bottle being spun faster in ice water compared to sitting in a unstirred ice water bath could relate to a formation of a planet."

"Pluto has five moons, it's a planet."

"It doesn't mater what we think we want to call it, what matters is it is there."

"Pluto cannot be classified as a planet because it does not meet the criteria for being 'large enough to dominate and gravitationally clear its orbital region of most or all other objects.' I have to agree that this seems like a pretty good criteria for being a planet as opposed to just a large object."

"I think Pluto should be considered a planet because it orbits the sun just as the other planets do; and we considered it a planet for so long, it seems funny to change our minds."

"It was a planet when I born therefore should still be one."

"It qualifies as part of the dwarf planets, which is why it should not be considered a planet in our solar system."

"I don't know if Pluto should have been grandfathered in or should not be since it does not meet the requirements. I have mixed opinions, but do not feel too strongly for either way."

"I don't think Pluto should be a planet because if extremely smart astronomers say it isn't really a planet, we should just listen to them and accept it."

"Rules are rules. There has to be line that defines what it means to be a planet. If you fall below the line, you're out."

"I can see both sides of the debate as to wether or not Pluto should be considered a planet. I don't feel as though I'm qualified to have an opinion if still the experts are still debating."

"I am not sure how to feel about it to be honest. I mean I just think it should be a planet. I don't like the rules that apply to make something a planet."

"I grew up with Pluto being a planet so the astronomers are messing with my mind."

"Pluto should be a planet because its size compared to Neptune isn't that big of a difference. Also, Pluto is the cutest."

"Do you think Pluto should be a planet?" (No. Because life isn't fair. Didn't we already talk about this on the first day of class?)

"Pluto is seriously really cute." (That is why it should die.)

"Will we be tested on Pluto, since it is not a planet?" (Better yet, you'll be tested on why Pluto is no longer considered a planet. Also on why Ceres, Pallas, Vesta, and many other planets in our solar system were also demoted from being planets.)

"What is the energy source of 'ice giant' planets?" (Their interior heat is left over from their original formation, which is when they were very hot from the impacts and gas-gathering that built them up.)

"How can you tell which parts of Mars or Venus are the oldest? (Since terrestrial planets were built up from many, many impacts, then the oldest parts will still have craters, while the newer portions are smoother, with lava plains covering over those craters.)

"Why don't the most massive stars in our galaxy pull us in and swallow us up from their gravitational forces?" (Because they're too far away to have a significant gravitational influence on us. The force of gravity depends on (1) the mass of the star, and (2) the inverse of the square of their distance away from us. Even though these stars have a lot of mass, since their distances are really big, then squaring and dividing those big distances pretty much gets you a very small number for the gravitational force of distant stars.)