An astronomy question on an online discussion board[*] was asked:

Discuss why this answer is incorrect, and how you know this. Explain using the International Astronomical Union classification scheme. 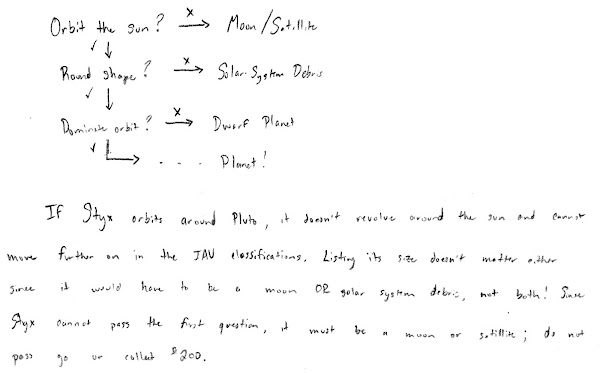