An astronomy question on an online discussion board[*] was asked:

Discuss how Mars forming closer to the sun would have less water and atmosphere today, and how you know this. Explain using the properties of planet mass, atmosphere, and geological activity. 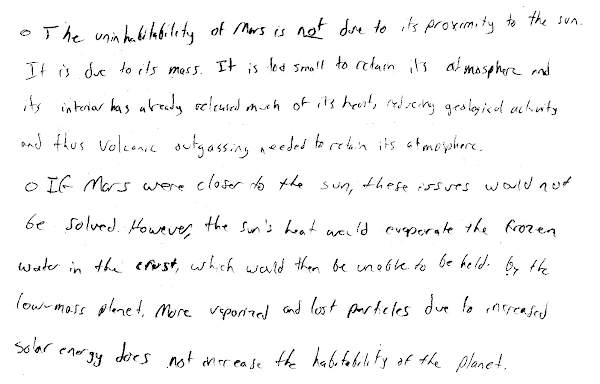 A sample "x" response (from student):