A real-life experiment[*] (illustrated in webcomic format at right[**]) shot a bullet upwards that embedded in a wood block, and the block (with the bullet inside) was free to move upwards to a maximum height of 0.80 m.

An independent analysis[***] assuming a bullet mass of 2.3×10–3 kg and a block mass of 0.222 kg estimates that the bullet speed just before entering the block was 384 m/s. Ignore friction, drag, and external forces for this brief collision. Determine whether this claim for the bullet's speed is plausible. Show your work and explain your reasoning using properties of collisions, energy (non-)conservation, and momentum conservation.

A sample "p" response (from student 9178) comparing the calculated initial speed of the bullet (given the maximum height of the bullet-embedded block) with the given value of 384 m/s: 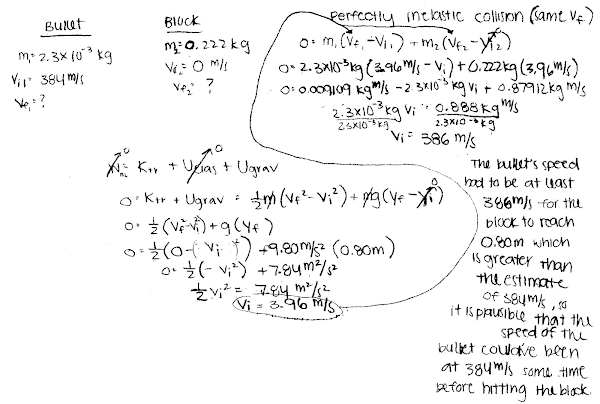 A sample "p" response (from student 0000) finding the predicted height that the bullet-embedded block would rise up to, comparing it to the observed 0.80 m height: 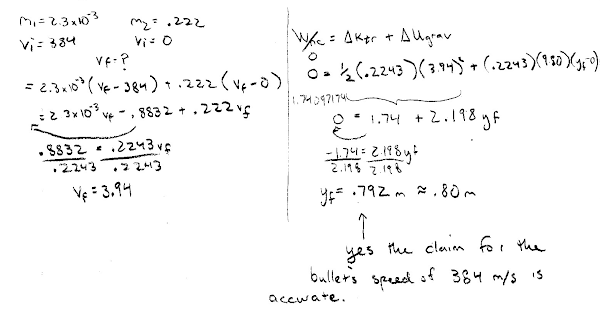 A sample "p" response (from student 3918) comparing the translational kinetic energy of the bullet-embedded block (just before rising upwards after the collision) with the gravitational potential energy at its highest point: 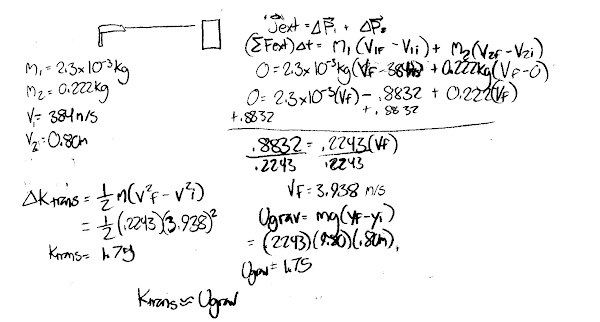 A sample "p" response (from student 7007) comparing the speed of the bullet-embedded block (just before rising upwards after the collision) with the speed required to make it up to a height of 0.80 m: 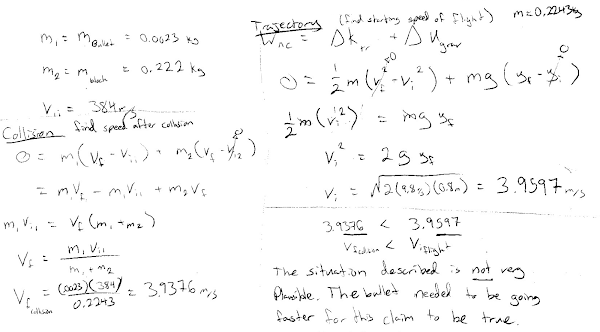