According to Transportation Safety Board of Canada (TSB) Aviation Investigation Report A11F0012,[*] Air Canada flight 878 swerved in order to avoid colliding with an unidentified bright light in the sky:

The Air Canada Boeing 767–333 was flying eastward. At 1:55 AM the first officer initially mistook an unidentified bright light in the sky for an aircraft.

Discuss why the unidentified object the first officer spotted could have been Saturn low above the eastern horizon, and how you know this. Support your answer using a diagram showing the positions of the sun, Saturn, Earth, and an observer on the airplane. 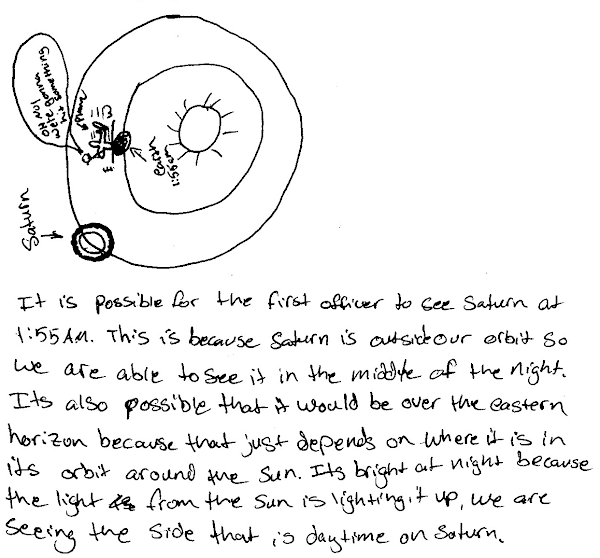