The Foldscope is a low-cost "origami-based paper microscope"[*] designed by Stanford University researchers to be used for science, medicine, and education in developing countries.[**] It has a single converging lens that can either project an enlarged real image on a screen, or be used as a simple magnifier. When used as a projector, the object distance and image distances are 0.24 mm and 100.00 mm, respectively. When used as a simple magnifier, determine whether or not it is plausible that the angular magnification obtained with this Foldscope could be as high as the stated value of 1,140×. (Use the nominal value of 250 mm for the near point.) Show your work and explain your reasoning. 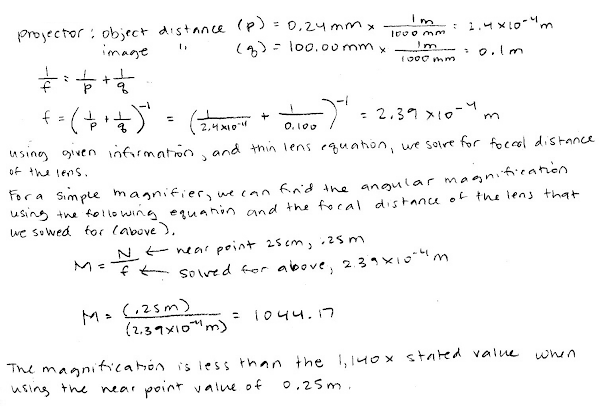 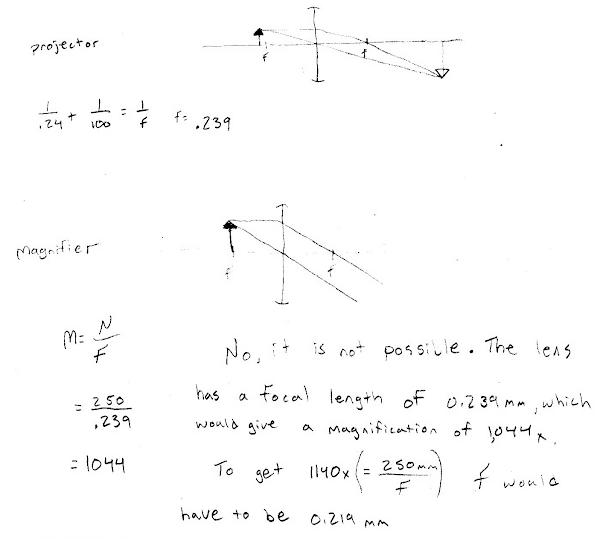