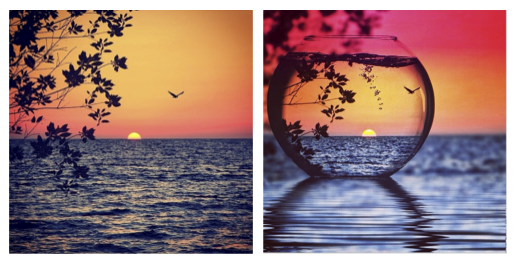 Two photos[*][**] of the same sunset are shown above, where the second image apparently has a fishbowl effect added to it. Assuming that this fishbowl is a spherical glass bowl filled with water, discuss why this second image cannot be a plausible realistic effect. Explain your reasoning using the properties of lenses, thin lens equations and/or ray tracings.