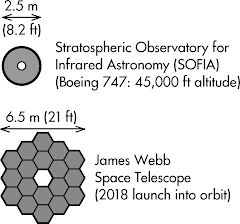 The primary mirror diameters and locations of two different near infrared telescopes are shown at right. Discuss which telescope will produce better images, and specifically explain why. Support your answer using the properties of telescopes, telescope powers, and the effects of Earth's atmosphere. 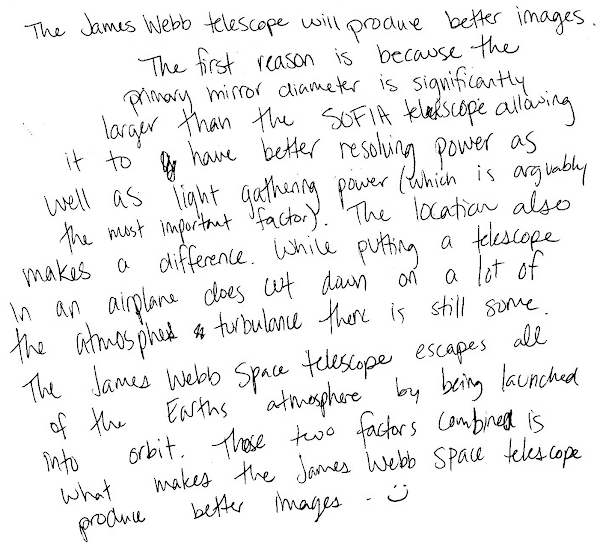 Another sample "p" response (from student 3158) also discussing light-gathering power and resolving power, but instead refers to lack of atmosphere opacity: 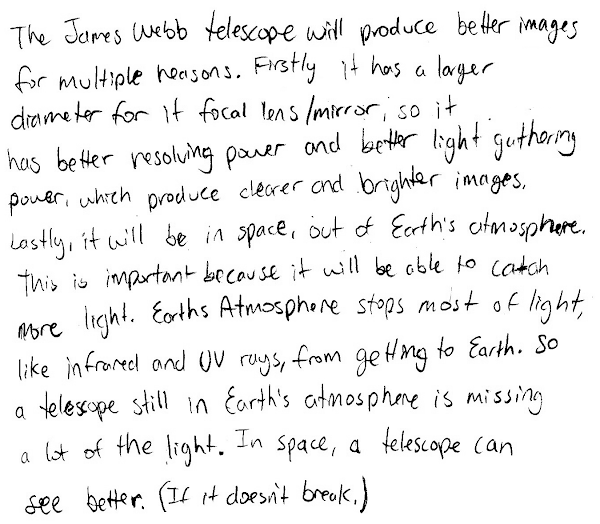