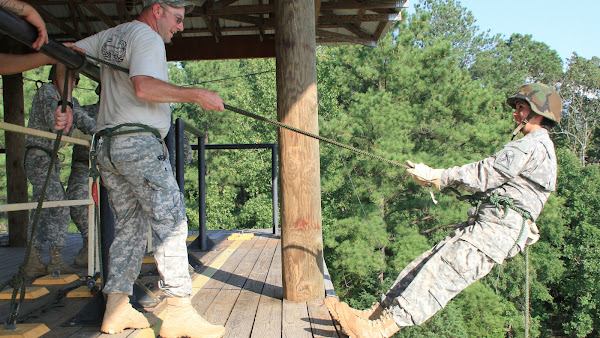 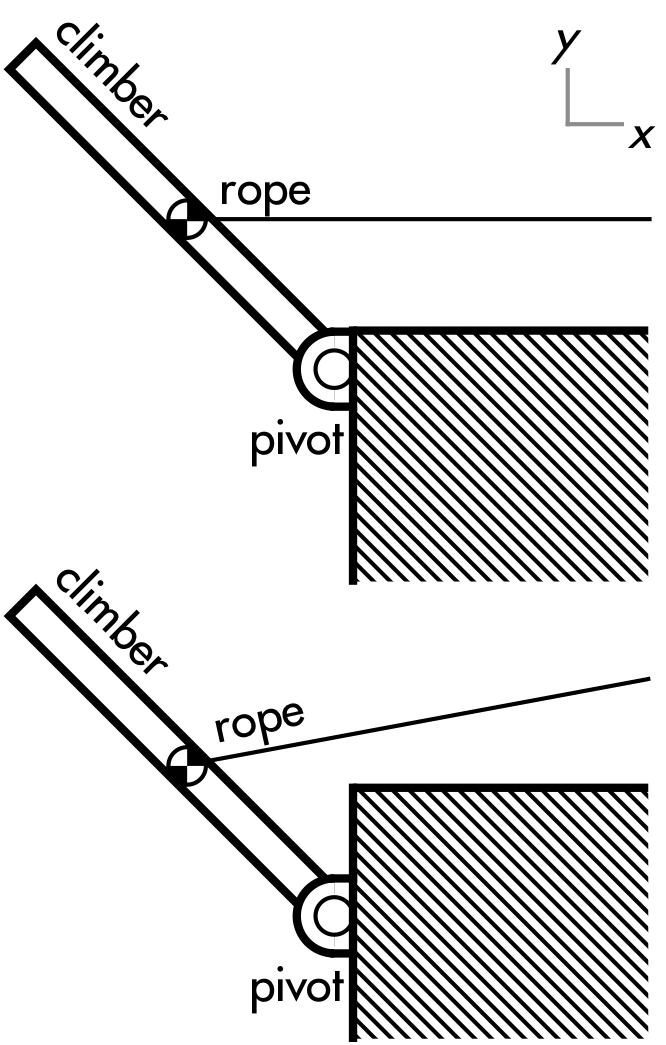 A climber is approximated as a uniform beam, with a pivot point at the feet, and a rope attached to the center. The climber is about to rappel back down from a cliff edge, leaning back with the rope initially horizontal. A little later, the climber is lower, leaning back with the same angle, but the rope is no longer horizontal. Discuss why there is less tension in the rope for the latter case. (Ignore stretching in the rope.) Explain your reasoning using diagram(s) with locations of forces and lever arms, the properties of torques, and Newton's laws. 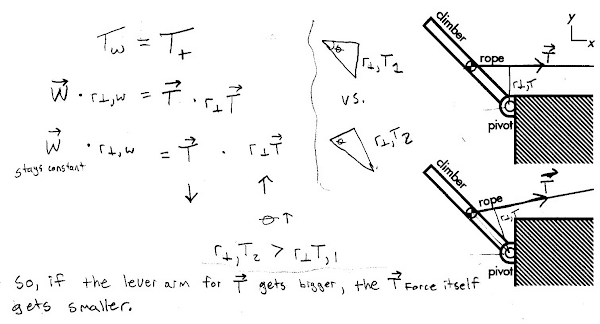