linkinhardyy: Two stars, A and B, have apparent magnitudes +1 and +3 and absolute visual magnitudes +3 and +1, respectively. Which is closer to Earth?
balbes: A is closer than B.

Discuss why this answer is correct, and how you know this. Explain using the properties and evolution of stars. 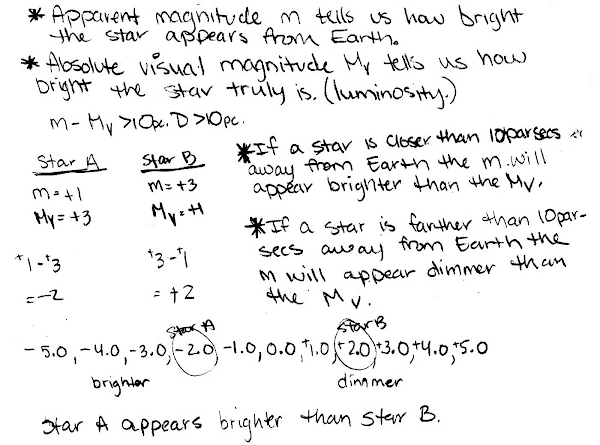