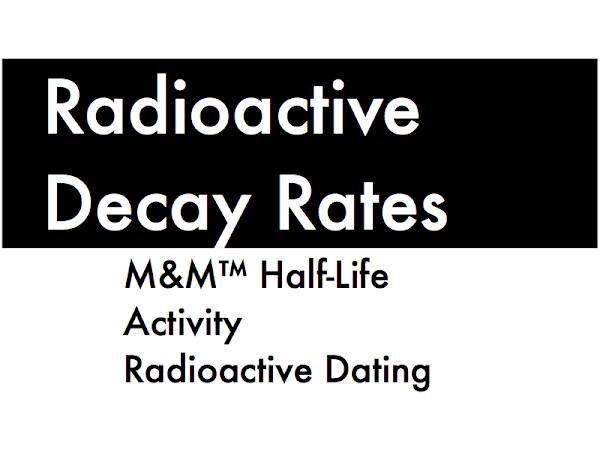 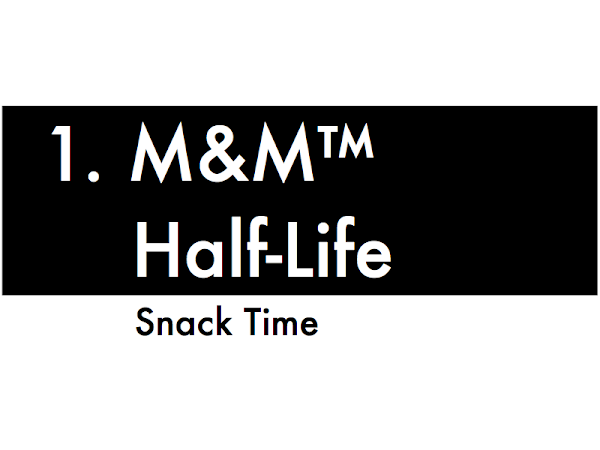 First, M&M's® make friends. And makes a great model for radioactivity, which we'll do for the last lab of this semester. 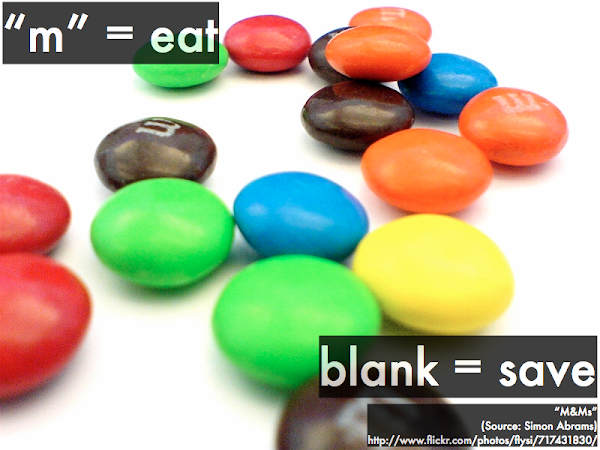 Pair up and grab a snack pack of M&M's®. Tear it open, and toss the contents on the table. Eat the M&M™s that show an "m" face-up, and don't eat the face-down. But before you eat any of the face-up M&M™s, count them! These will be the radioactive decays that happen each time interval. 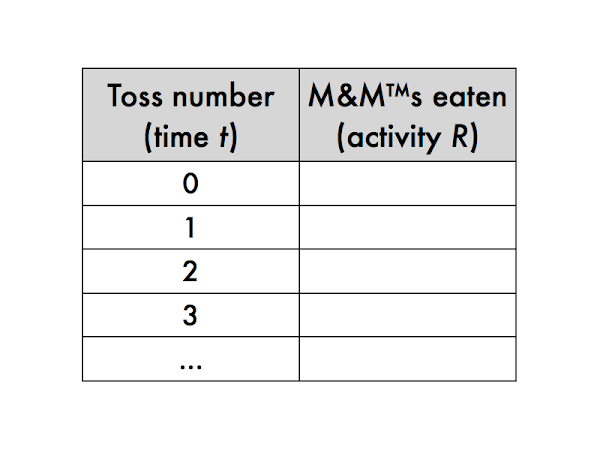 Toss the remaining M&M's®, count and eat the face-up "m" M&M's®, and then repeat. Keep tossing, counting and eating, and repeat for each round.

We'll use these numbers to mathematically model the "decay" of the class' M&M's®. 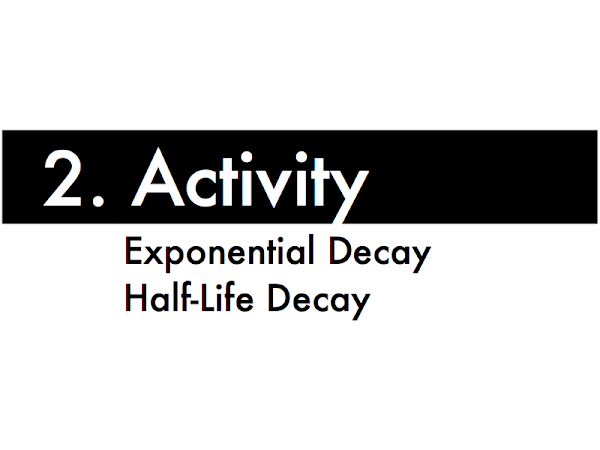 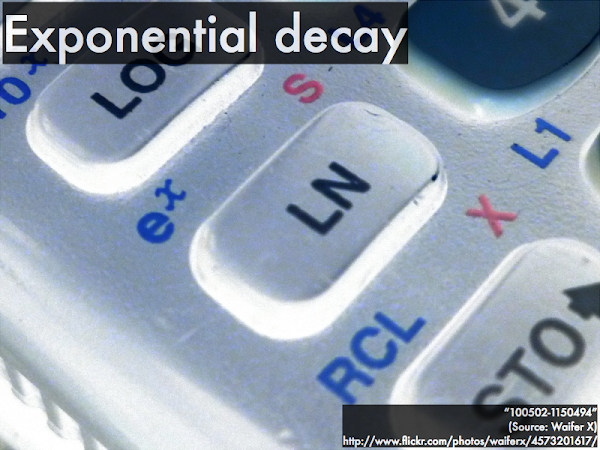 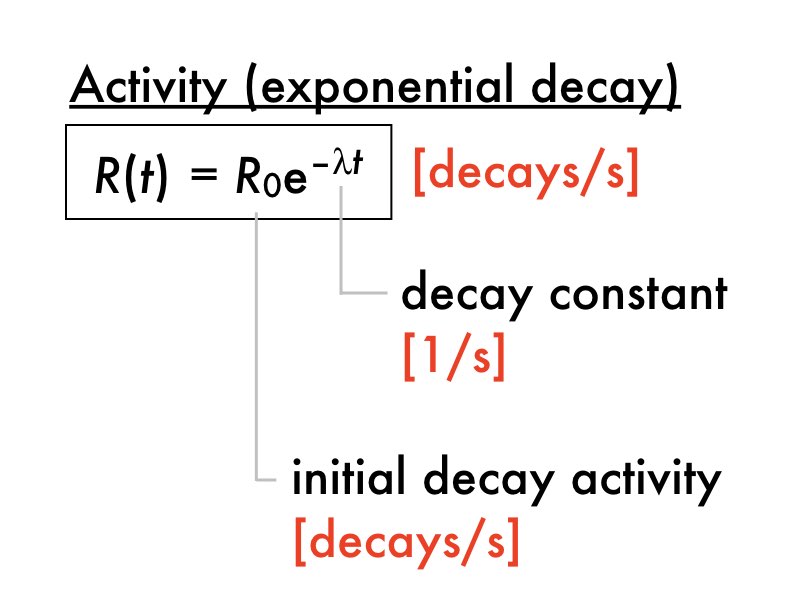 In this case, R0 is the initial rate of decays per second at t = 0. The decay constant λ for a statistically large sample is the probability that a given single M&M® will decay in a given time interval. 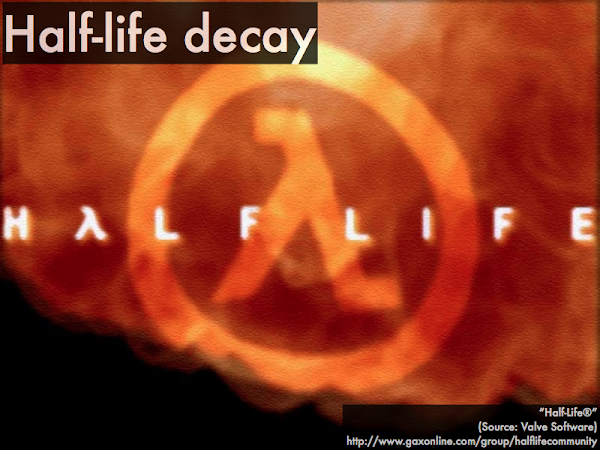 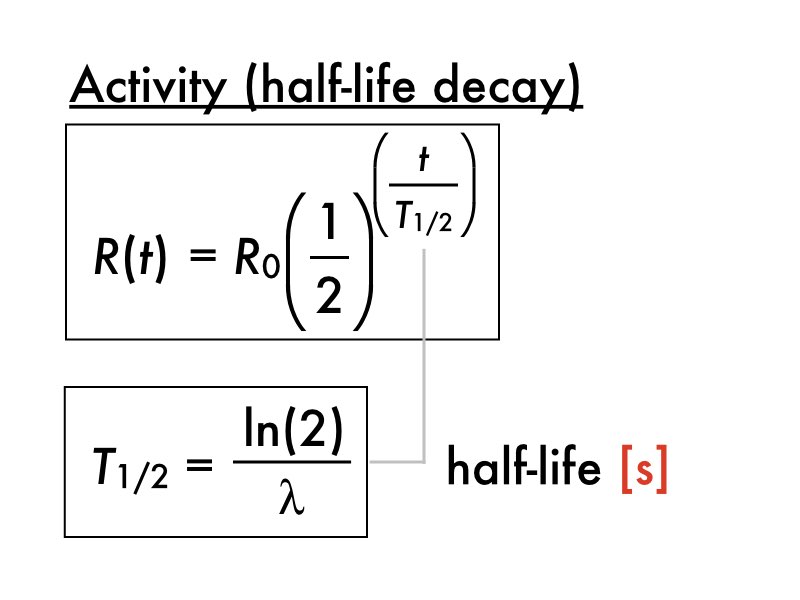 The amount of M&M's® that are eaten ("decay") during each time interval can also be given in terms of an equivalent half-life expression, where the half-life T1/2 is the time for one-half of a statistically large sample to decay. (Note how this half-life T1/2 is related to the decay constant λ.) 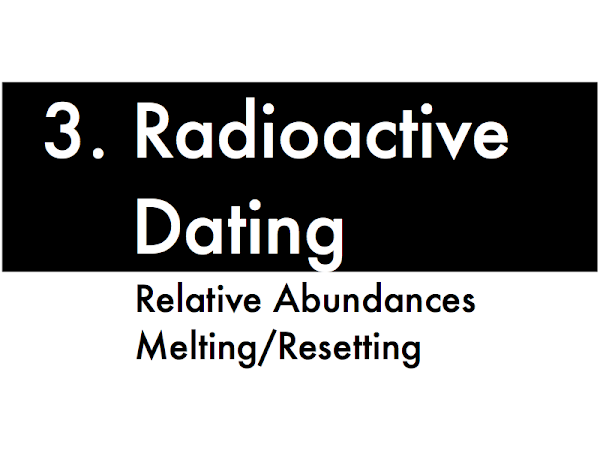 Third, determining the "age" of a sample from its radioactive decay activity.

Consider this toy model of a substance that has radioactive atoms (represented by dark gray squares) and inert, non-radioactive atoms ("×" squares), which we will ignore for the purposes of discussion, as they do not participate in the radioactive decay process.