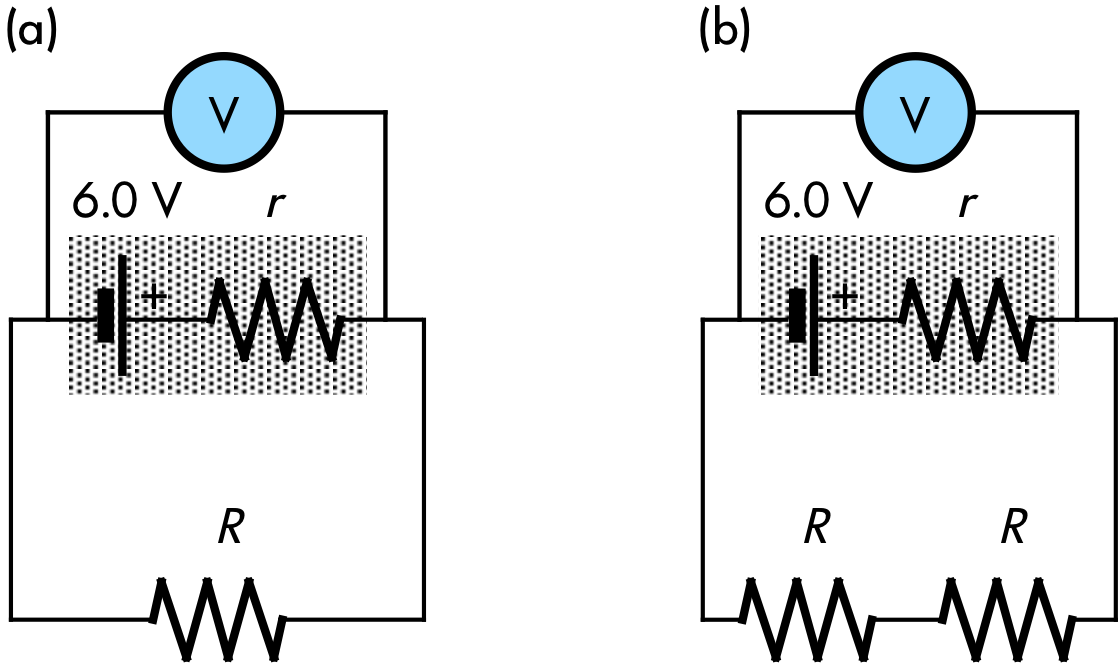 A real battery with an emf of 6.0 V and internal resistance r is connected to a resistor R, and a voltmeter. An additional R resistor is then wired in series to this circuit. Discuss why the voltmeter will have a higher reading for the two-resistor circuit. (Assume that the internal resistance r of the battery remains constant.) Show your work and explain your reasoning using Kirchhoff's rules, Ohm's law, and properties of voltmeters.