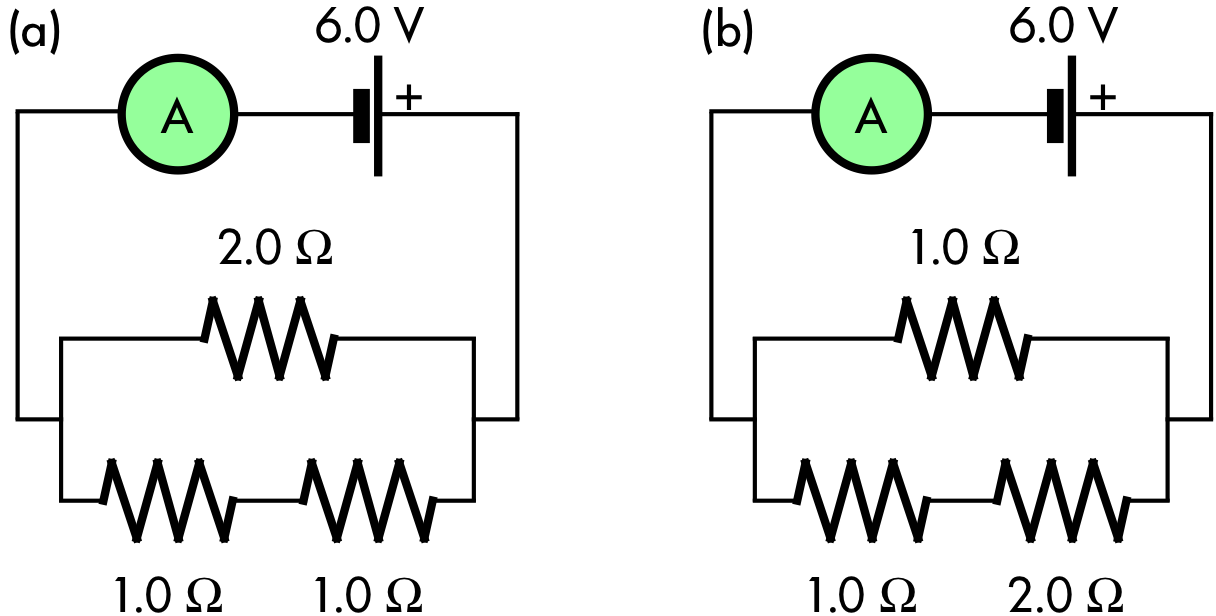 Two separate circuits have an ideal 6.0 emf source connected to three resistors and an ammeter. Discuss which circuit will have a higher ammeter reading (or if there is a tie), and why. Explain your reasoning using Kirchhoff's rules, Ohm's law, and properties of ammeters. 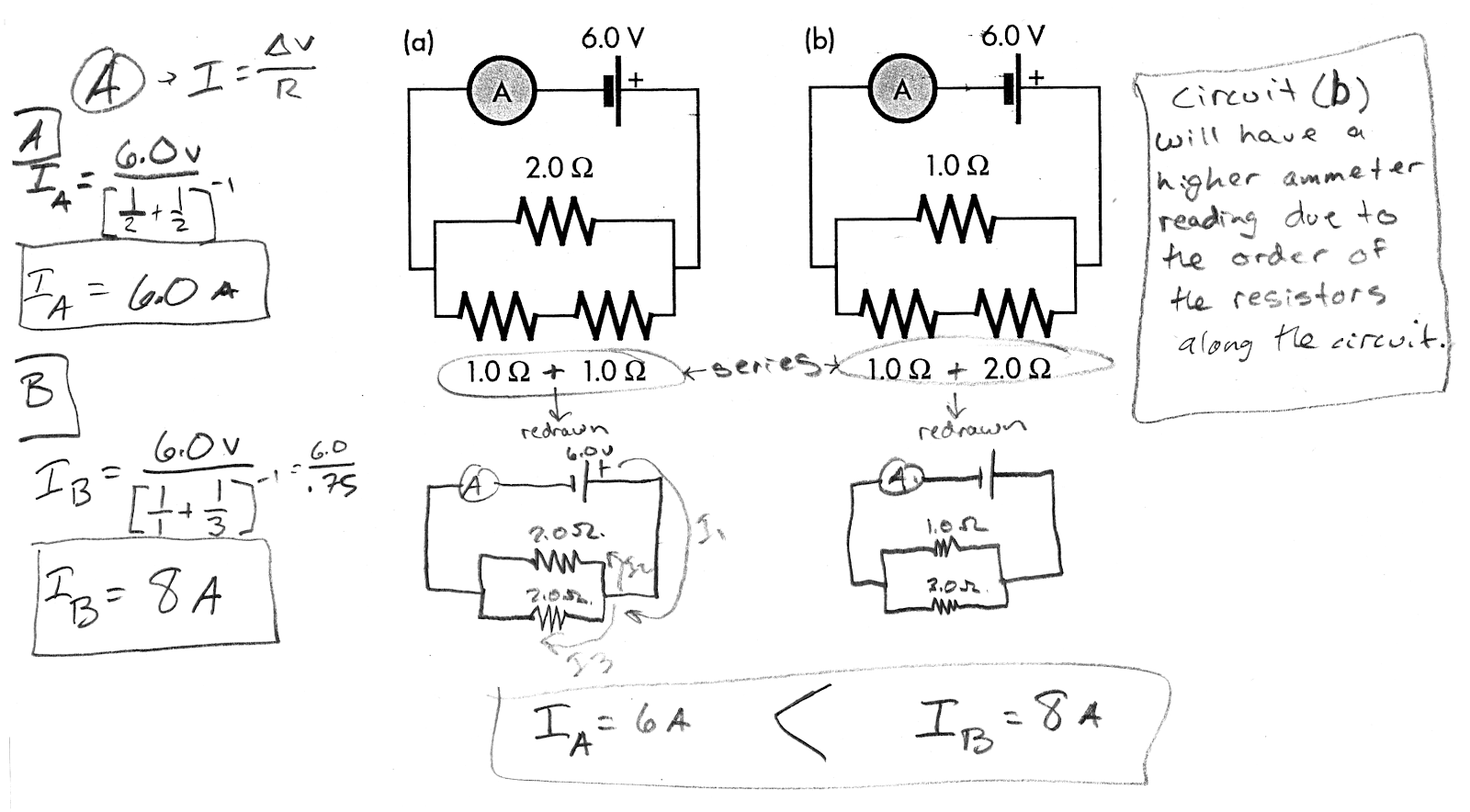