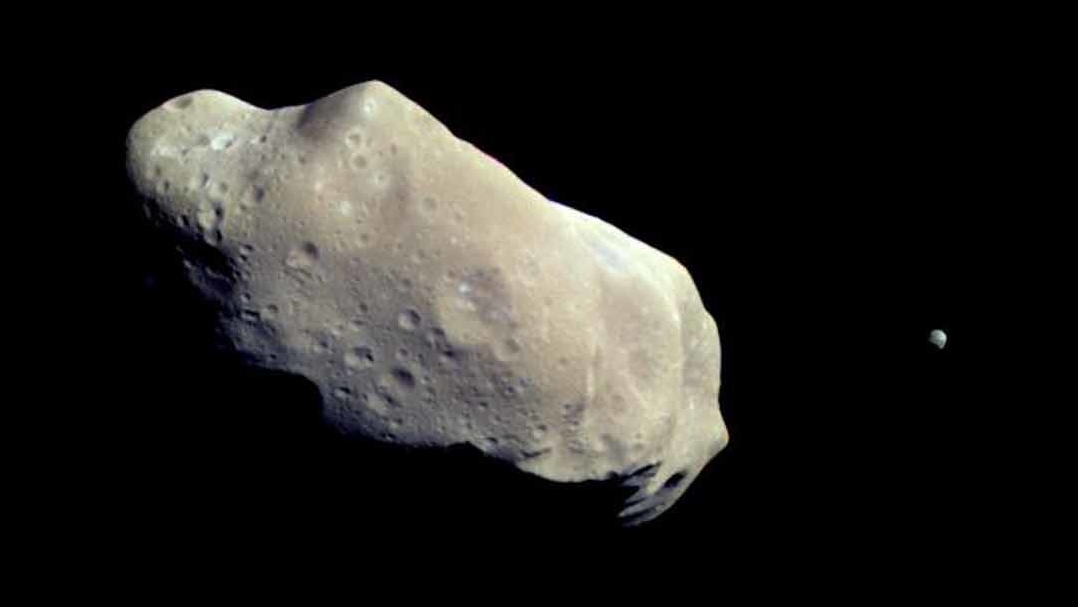 Ida was the first asteroid discovered to have a moon, Dactyl, orbiting it:

While analyzing images from NASA's Galileo spacecraft, astronomer Ann Harch discovered that the asteroid Ida has a moon: a tiny asteroid subsequently named Dactyl. Ida is 34 miles across its longest axis, and is potato-shaped, as are many other asteroids. Dactyl itself is remarkably spherical, being about 1 mile across.[*]

If Ida is relocated from the asteroid belt to its own orbit around the sun (while still being orbited by Dactyl), discuss how Ida should be classified. Explain using the International Astronomical Union classification scheme. 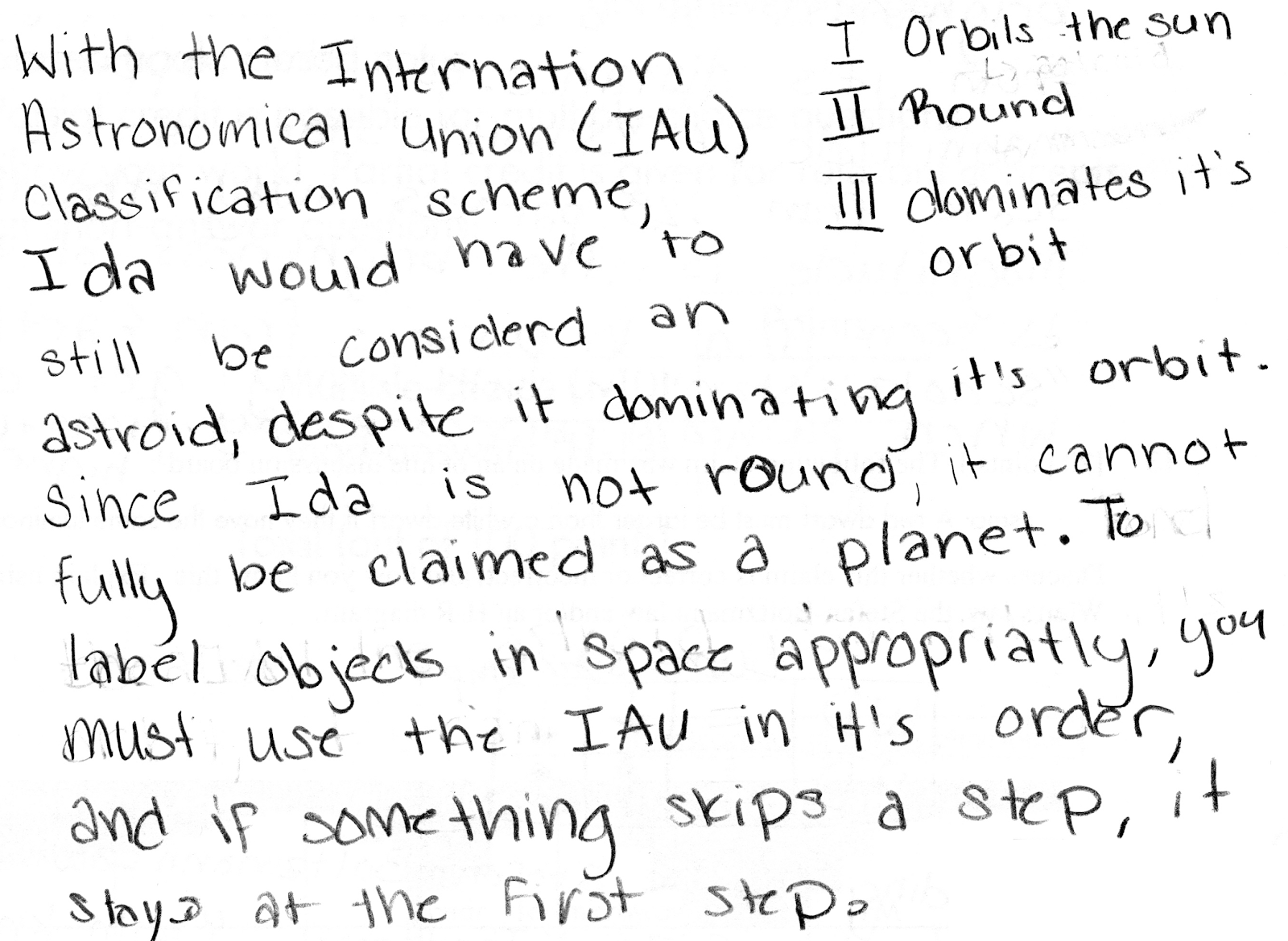 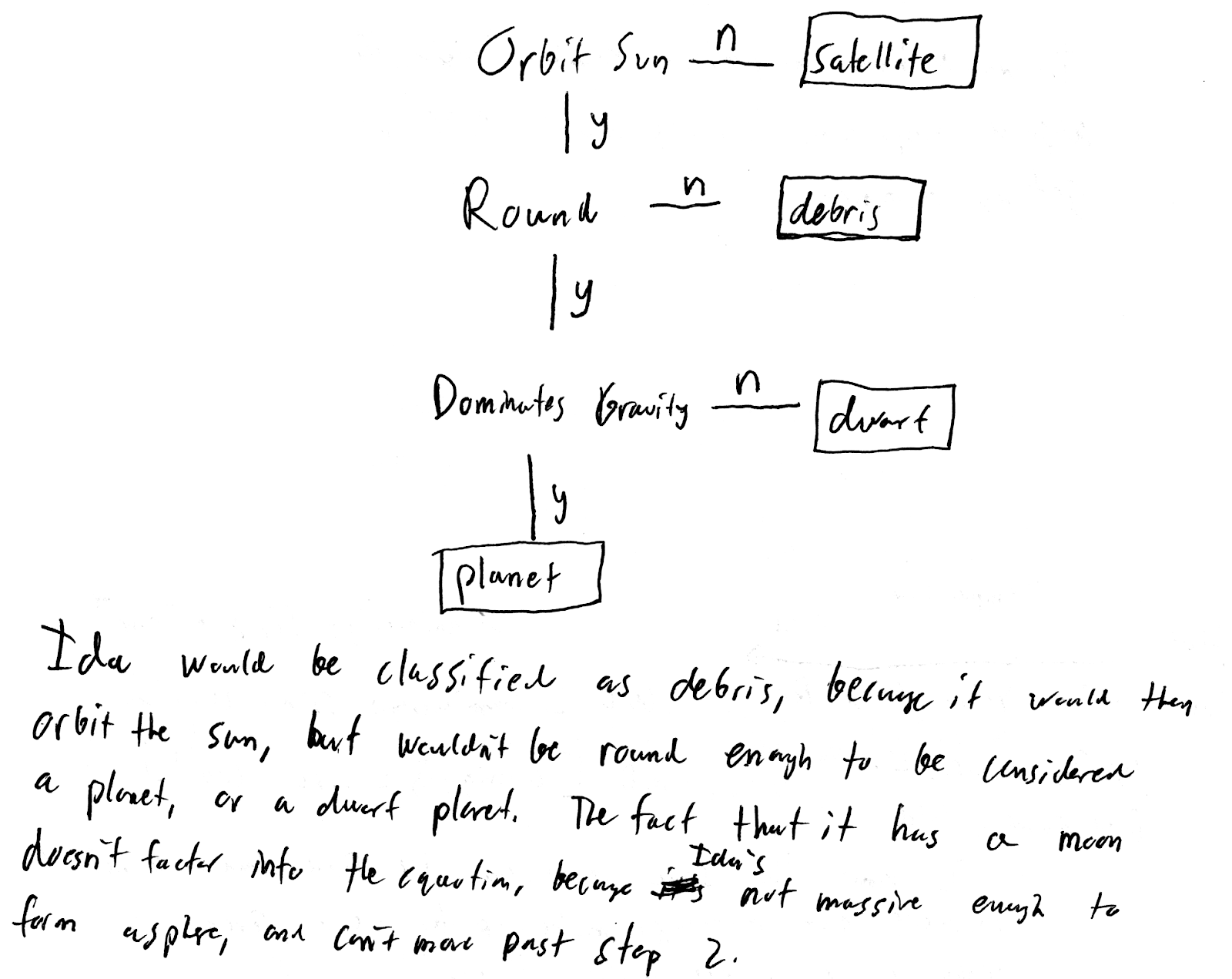