The following excerpt from a novel[*] describes a rising moon:

Jane Ann Holder took her time going home after dinner. Everything about the night was fraught with memory and emotion. Turning on Van Buren Street, she saw a waxing moon rise over Deeds Hill.

Discuss why this description would be implausible, and how you know this. Support your answer using a diagram showing the positions of the sun, the moon, Earth, and an observer on Earth, along with any assumptions that you may have made. 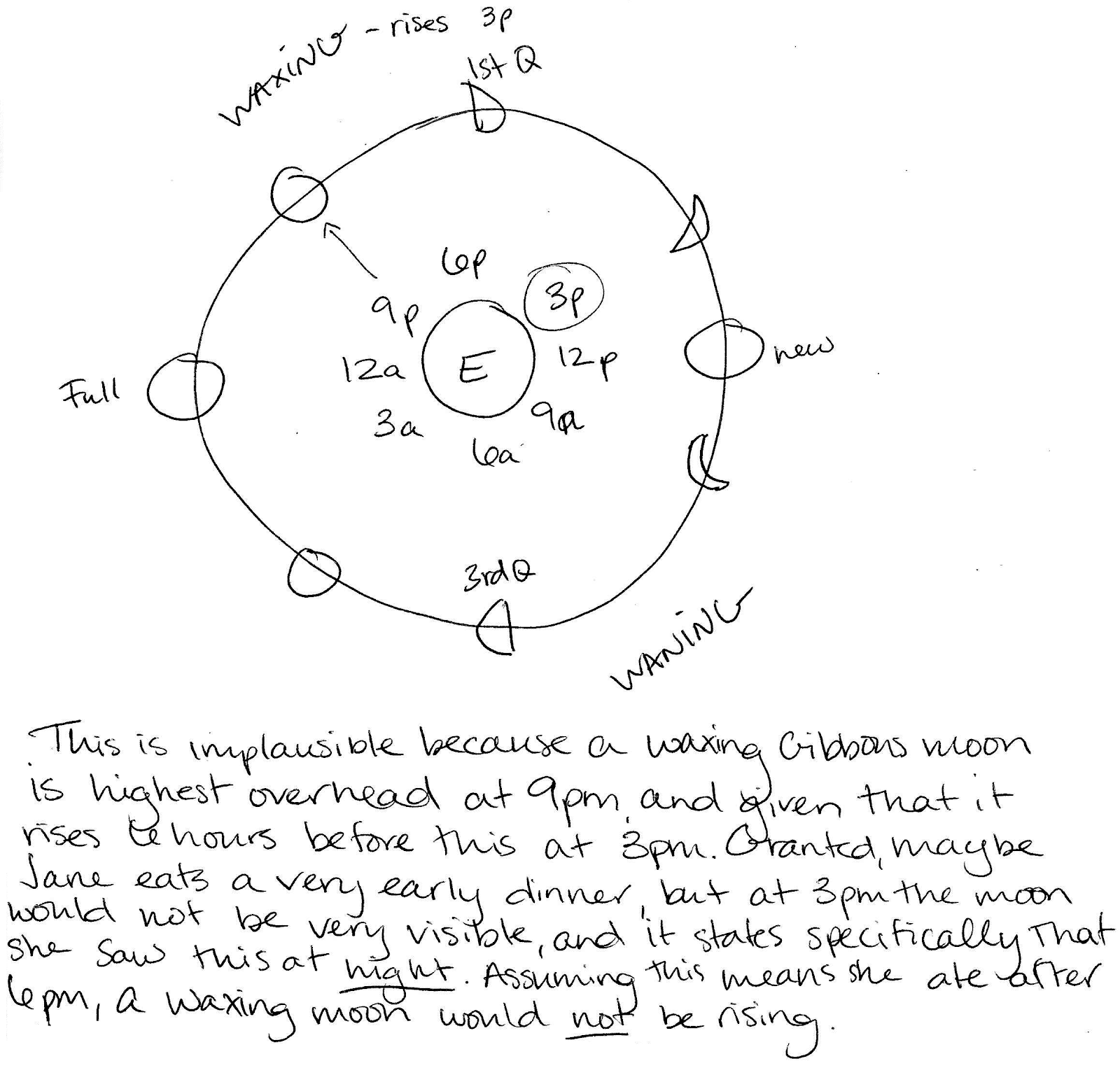 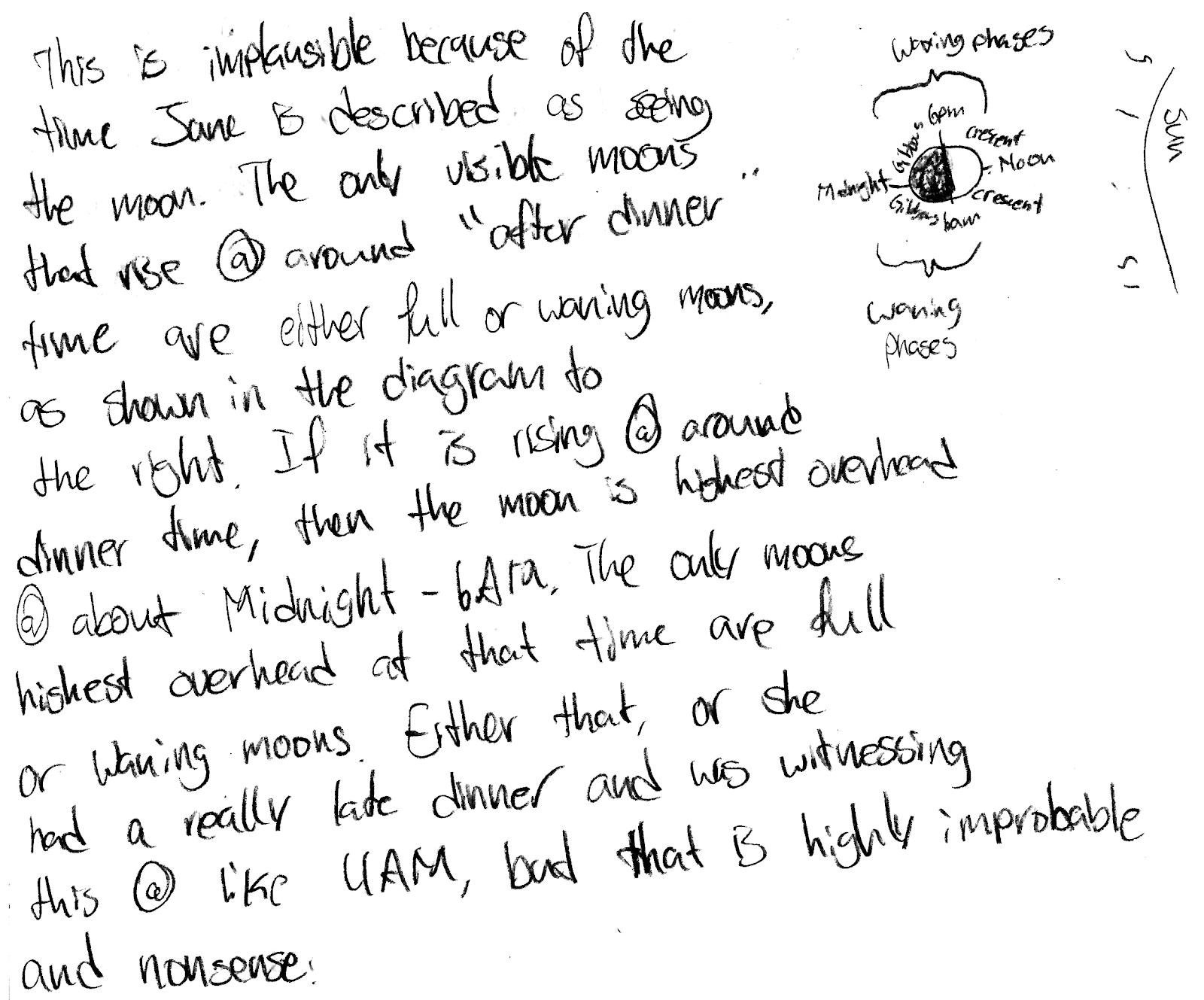